I interviewed journalist and author Anna Ryland, whose novel, A Second Chance, describes three Polish-born characters arriving in Britain. Anna says: “I came to Britain for a short working holiday in the early 1980s. Once martial law was introduced in Poland and its borders were closed, I was unable to go back. So I had to decide what to do next.”

Leslie: That must have been difficult. How did you cope?

Anna: I worked as a waitress and that was fine for a while but I had to start making long term plans for my life. My English was of a decent standard and I applied for a grant from a fund which supported Polish students who found themselves in a similar situation. With their help, I was able to begin studying in Britain. I intended to go into journalism when I returned to Poland and decided to study International Politics at the University of Wales in Aberystwyth, one of the oldest International Politics faculties in the country. My degree consisted of mostly literary subjects and required many written assignments, which I found quite demanding. The real challenge was the first year exams. Each of the six exams were essay-based and I had to write four essays in three hours. Cramming my knowledge of the subject into such a short period of time while expressing myself in a foreign language was difficult. To pass them I had to work twice as hard as my English colleagues.

I had a wonderful tutor, professor John Baylis, who was my guardian angel in Aberystwyth. He not only supported me academically (I think I was the only Eastern European student at Aberystwyth University at the time) but he helped me secure summer employment, which was crucial in my situation. 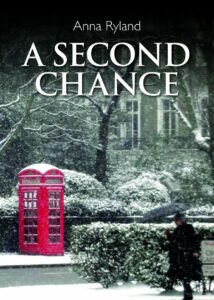 Leslie: In terms of the social context, what went into the writing of A Second Chance?

Anna: I felt that I had to tell the story of the immigrants of my generation, which was very different to that of the present Polish immigrants to the UK. Since Poland’s entry into the European Union in May 2004, Poles coming to Britain can undertake legal employment in this country. Before 2004, the situation and attitudes differed greatly. ‘Informal’ economic immigrants had very few rights in the UK, making them very vulnerable to exploitation.

I think that despite all the advances in communications, an average Westerner still does not know or fully understand Eastern Europe. For many English people, a Pole is a burly plumber or an electrician who works hard during the day and drinks in the evenings. Polish women are attractive cleaners and coffee shop attendants. They don’t know how many young Polish women already work in the City of London, in the NHS and in accountancy firms.

I think that the stories described in my book may acquire a different dimension in lieu of Brexit and its implications for overseas workers. Time will tell whether history will repeat itself and whether the experiences of my generation are shared by future generation of immigrants.

Leslie: In your novel three Polish immigrants come to London in 1997 and share a house in Greenford. What are your three characters like, what happens to them, and what did you adapt from life in creating them?

Anna: The three main characters represent very different attitudes, to life in general and to their status as immigrants. They are: Maja, an overqualified assistant librarian; Adam, a hard-working, hard-drinking carpenter and Kuba, a London cabbie who has shelved his promising physiotherapy career. They all have different reasons for leaving Poland.

They experience the best and the worst of a society in which they are trying to find acceptance. As they struggle to find and keep work in London, they are forced to confront social prejudices and their own demons.

Maja Zalewska, a 25 year old assistant librarian is a language graduate, who flees the provincial town of Grodek for a working ‘holiday’ in London. Being able to support herself is the number one priority for her. She has to be able to finance a language course which gives her the right to remain in the UK for six months, but finding a job proves more difficult than she expected.

Kuba Barański, who drives a cab in London, knew the capital from the pages of his favourite English classics. His job and its long hours are tolerable as an in-between stop gap while Kuba, who left his physiotherapy job in Opole, decides what to do next. His happy nature and empathetic attitude win him not only custom but also the friendship of his customers.

Coming to London, Adam Bugaj, a 45 year old carpenter, has one goal: to earn enough money to finance the loan he has taken to open his own business, a hardware store in Kościelisko, in the Tatra Mountains. He is desperate to escape the controlling influence of his father-in-law, the wealthiest farmer in Kościelisko, who has never forgiven him for getting his daughter pregnant.

Both Maja and Kuba are studying English in their spare time, not only to guarantee their legal status, but to be able to integrate themselves into English society. They are open to new cultural experiences. By contrast, Adam is totally focused on earning the money which he needs for a fresh start in Poland. Learning English is a waste of time in his opinion and a distraction from the purpose of his stay in London.

A Second Chance is my first book. It’s often the case that debut novels are largely autobiographical. New writers write ‘what they know’. I have been living in the Polish community in London for almost 30 years and my book is a record of what I heard and saw, supplemented by my own experiences.

Leslie: How do you vary your style for each character? How did you learn to write in three slightly different styles?

Anna: The three characters represent different perspectives on the same story – Polish immigration to London. They came from very diverse backgrounds and this shapes the way they see their host country and their place in it. Maja is a graduate and she thinks and expresses herself differently from Adam, who is a carpenter. I am sure I am not unique in adapting a strategy of getting into a character’s head and trying to perceive things from their point of view, using their language. This involved some research.

While helping with media relations for a couple of theatre groups, I interviewed many actors, and this is precisely what an actor does. They study the character, their background, language and mannerisms; trying to get under their skin to become that character on stage or in front of the camera.

Leslie: Who are the authors you admire – and why?

Anna: While still at school I read many literary classics. I particularly loved Gustave Flaubert, Balzac, Victor Hugo, Thomas Mann and Dickens. Among the modern writers whose work I greatly admire is Anne Patchett, American writer and author of works such as Bel Canto, State of Wonder and most recently Commonwealth. I love her clarity of writing, mastery of phrase and her ability to express complex feelings very simply. One of my great favourites is also Tracy Chevalier, the author of A girl with a pearl earring, Falling angels and The Last Runaway (about American Quakers). From her books, a reader learns so much about the world and lesser known historical events. Like in A girl with a pearl earring, she picks up a little ‘shard’ of history and weaves a story around it, giving it her own unique interpretation. I also love the crime books of PD James, not so much for her skilful plotting but for the psychological depth of her characters and stories.

Leslie: In writing your novel, were you taking a view on why people move to another country?

Anna: The reasons why people decide to leave home and their families and settle somewhere else, often in a culturally or socially alien place, have always intrigued me. To think that the majority of immigration has economic roots is an over-simplification. A Second Chance strongly argues against it. The stories of all three characters show that although the main reason why they came to Britain was economic, they all had much more deep-rooted motives for leaving Poland.

The book starts with a quotation from George Moore: ‘A man travels the world in search of what he needs and returns home to find it’. It very accurately describes an emigrant’s journey.

I have been asked may times why I wrote A Second Chance in English. I have been living in Britain for 30 years; I am married to an Englishman and have two bi-lingual sons. From my perspective, somewhere on the borders of two cultures, ‘sitting on the fence between the two’, I thought I have something unique to say to my English friends and future readers. I felt that by using English I can communicate with them directly. Writing in a different language from your own gives you a certain perspective, a distance on things which you have accepted and never questioned.

Anna: In my first job, where I was on the phone a lot, I had been asked by my boss if I had a simpler name than Danusia. From then onwards, I started using my second name Anna and the majority of my work colleagues had no idea that this wasn’t my ‘proper’ name. I am Danusia to my family and close friends and Anna to the rest of the world. The name Danusia had a very special significance for my parents. It was the name of my dad’s beloved sister who was killed during the Second World War. By giving it to me he wished to preserve her memory. We know her tragic history and I hope that my sons will pass it on to their children.

Next week, in HEARING VOICES AND MAKING ARTWORKS,  I interview artist Sharon Skipper about her experience as a highly creative individual facing mental health issues.

7 thoughts on “POLISH, COMING TO THE UK – AN AUTHOR’S EXPERIENCE”