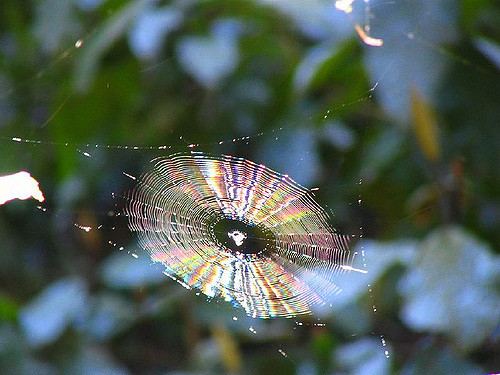 The audiences attending the Something Rhymed Literary Salons about the problem of gender inequality in the literary world have experienced something special.

Held at New York University in London, a beautiful, high-ceilinged 18th century mansion in Central London, the discussions have been warm, thoughtful and full of insights into gender bias in society as well as in publishing. But they’ve also celebrated women’s successes as writers and their vital role as readers in supporting the industry.

So what was said?

The first session described how editors of literary journals/newspapers pages can easily end up with too many male reviewers, sometimes because in subjects such as classics, philosophy and the so-called ‘stem’ subjects the well-known experts are often male. This is despite the fact that women are well-represented amongst UK professors, though here again, men dominate the ‘higher’ more prestigious positions, pointing towards an older source of gender bias: men have been established in literary/academic life much longer so it can be easier to use a tried-and-tested ‘expert’ than branch out to try ‘new’ women. Sales of review publications can also depend on the perceived status of contributors, again favouring long-established male ‘authorities’, often with Oxbridge backgrounds. In fiction and poetry, although there is no shortage of female reviewers, there is a still a tendency for women to cover the so-called ‘less weighty’ subjects and types of writing, finding themselves located in the ‘less serious’ middle or back pages of review journals. For a long time there was a habit of reviewers having to be of the same gender (and possibly ethnicity) as the author and that lingers on in a resistance to women reviewing/interviewing the perceived male ‘premium’ authors. There is also a principle of inertia involved in the idea that if ‘everyone else is reviewing it’ a publication has to do likewise, effectively squeezing out new voices.

To counter this, the meeting suggested that commissioning editors could be more proactive in seeking out women and maybe return to the old practice of asking their contributors into the office in order to discuss their assignments. Also, if women reviewers confidently offer the specialisms they possess they are more likely to be engaged than if they portray themselves as generalists.

There were also more far-reaching suggestions involving festivals of women writers and women-only judging panels for prizes. Throughout the sessions panellists made us aware that women are the main readers of fiction, perhaps because they are more able, on average, to adapt to ‘male’ style writing and male protagonists while some men feel uncomfortable reading novels by and about women. A central message was that women’s writing has a real audience. So, beside the very successful Mslexia magazine, 19 of the top 20 most popular books on Goodreads are written by women.

In the second session the panellists commented on the widespread practice of ‘sneaking in’ women authors to reading lists by only giving their initials, together with the opposite tendency – photo-shoots of a woman author if she happens to be young and beautiful – which was described by one contributor as “the corporatisation of gender.”

The second seminar was particularly concerned with the mind-set that categorises books into men’s and women’s and the modern tendency to divide writing for young children into pink and blue or through other, more subtle, gender signals. There was discussion of the unexamined ways we sometimes mislead ourselves into viewing novels written by men as ‘state of the nation’ and those written by women as ‘domestic’ or ‘personal’, whereas the two approaches are complimentary. ‘Universality’ is de facto male territory if we only rate writing exclusively about war and conquest as important. Both seminars emphasised the importance of looking at our own shelves and in bookshops to see how many male and female authors are represented. Many speakers pointed out that they were brought up on all-male ‘classics’ so 50/50 representation on bookshelves (or on author panels) can easily seem quite strange at first. Also the converse, that situations where the representation is biased towards men can seem, through force of habit, normative and reassuring. We also discussed the Oh Really slightly scornful reaction that prize shortlists with more women than men can cause after so many years of male domination.

The starting point for all the seminars was the VIDA statistics which show that women, despite gains since the 50s, are still under-represented in literary journals/newspapers with some evidence of worsening bias over the last two years, a trend that several contributors said they’d experienced. People felt this went together with a general worsening of conditions for all writers. So advances/earnings for authors have dwindled (with women still receiving, on average, only 80% of male earnings), reviewers are badly paid and, in the current market situation, book sales require costly, coordinated campaigns that go beyond reviewing. The second panel emphasised strongly that winning a literary prize was one of the most effective methods to achieve sales.

Some contributors described a tokenistic approach to women authors. So a single female author might be acclaimed as ‘a great writer’ while several men seemed to be worthy of the same title. People shared stories of judging major writers’ prizes where unconscious bias meant that female judges had to partially ‘re-educate’ their colleagues in order to get women’s writing considered. This was sometimes carried out in quite intimidating male ‘club’ type environments.

Underlying much of this was increased competition in the industry. The seminars offered an excellent example of cooperation between people concerned about writing. There was a warm and positive feel throughout and the collective strength of women helping each other and sticking to their creative vision was emphasised. The value of quotas for women in some aspects of the industry was welcomed by some and questioned by others but in a spirit of informed and thoughtful debate.

Something Rhymed is a real community of likeminded thinkers and the ongoing debate is, perhaps, the most important part of finding a way forward. Please come if you can to the final meeting in the series on Thursday May 12th 6.30 – 9.00 at New York University in London, 6 Bedford Square, London WC1B 3RA.