I kept my cross-dressing secret, and didn’t tell anyone. I’d read about cat burglars who came and went in silence and removed a photo or a ring or page from a diary, and like them I tiptoed into bedrooms and sneaked things out of drawers in a house that wasn’t mine. I was on high alert, rehearsing my lines. If anyone found me, I’d tell them my intentions were good, that I’d fought back my urges and kept myself intact for as long as I could. In any case, I’d say, I’d been curious and not really meant it, this was my first time, a once-only trial.

My head was full of stories where I held out on my own, playing for time. I’d cast myself as a loner, a survivor, moving through darkness while outwardly I was the shy boy who smiled and waved from the window. Nobody could fault me or see what I was up to, and like Scheherazade I had my story ready. I was incognito; invisible, even to myself. And because I was nameless, nothing could touch me.

I remember working hard at becoming like my dad. He was tall and lean and had trained himself to be sporty, using his mind to calculate a ball’s flight, talking about googlies and yorkers. On our beach holidays he could hurl a stick out into the waves, way beyond where our dog could swim. I was surprised by the sudden violence exploding from his arm as he leaned back and chucked it. All the men on the beach threw like that: hard and fast, directing their balls like missiles. They laughed about it afterwards while listening to the cricket on the radio. It seemed odd that when a bouncer hit a batsman they were outraged, demanding that the bowler be sent off. And they argued over theories about who should bat next, the other side’s weakness and what they’d do as captain.

My dad didn’t say much, but when he did he seemed to have the answer. As a commentator and occasional player, he took his sport seriously. So when I asked about bowling, he took me to a private, walled-in area, chalked up some stumps, and tried to coach me. From then on I practised for hours on my own, running up and wheeling my arm to flight the ball and land ‘on the spot’. But I didn’t have much grip and when I bowled, the ball was short or long or wide of the mark and he swatted me to the boundary.

As I got older, we took long walks together and worked in the garden with him digging out stones, sweating like a navvy, while I wheeled them off in barrows. The garden project, like most of his handyman activities, was forever on the go. As soon as he’d levelled one lawn and planted some roses we moved house and the digging and the sweating began again. By the third garden he seemed to have had enough, talking about ‘struggling’, being ‘exhausted’ and ‘just plodding on’.

When his gardening became a one-man contest my interest switched to playing him at chess. He’d taught me, he was a keen amateur and we played most nights. My dad’s style was never say die, he’d sacrifice his pieces for show then stonewall doggedly, hanging on till bedtime cut things short. When I became good enough to compete at county level and then for my country, he gave up the contest, switching to proud dad and supporter.

In the end my efforts to follow in his footsteps didn’t work. Being male through sport or strength or physical endurance or ‘holding up my end’ when the men began joshing wasn’t for me. What strength I had was mental.

I continued cross-dressing in absolute secrecy right through youth. Looking back now and drawing on Deception Theory, I can identify three main strategies I used to avoid detection:

With these three I could keep up appearances and throw my opponents off the scent.

On the chessboard, my dad had always told me, I needed a battle plan. In war, he said, you must look for the opening, engage your target and keep ’em guessing. So I played against the world, laying false trails and feigning innocence. I had my openings, my defence was near-perfect, and I carried it off so nothing showed. I was wild and clever and daringly ‘different’ – and that gave me the upper hand.

So, by looking ahead and plotting my moves, I kept my secret. I had it all covered, and no one suspected. And each day I got by without detection was another point to me. The people ‘out there’ were my opponents; they couldn’t see my desires or detect what I was thinking, and behind my mask I was safe, half-female, half-male and able to outsmart them all…

Next week’s blog, MY OUTING, Part 4 – DRESSING UP, takes the story into early adulthood, when I started to read up on cross-dressing. 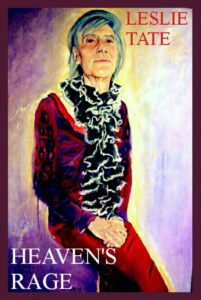