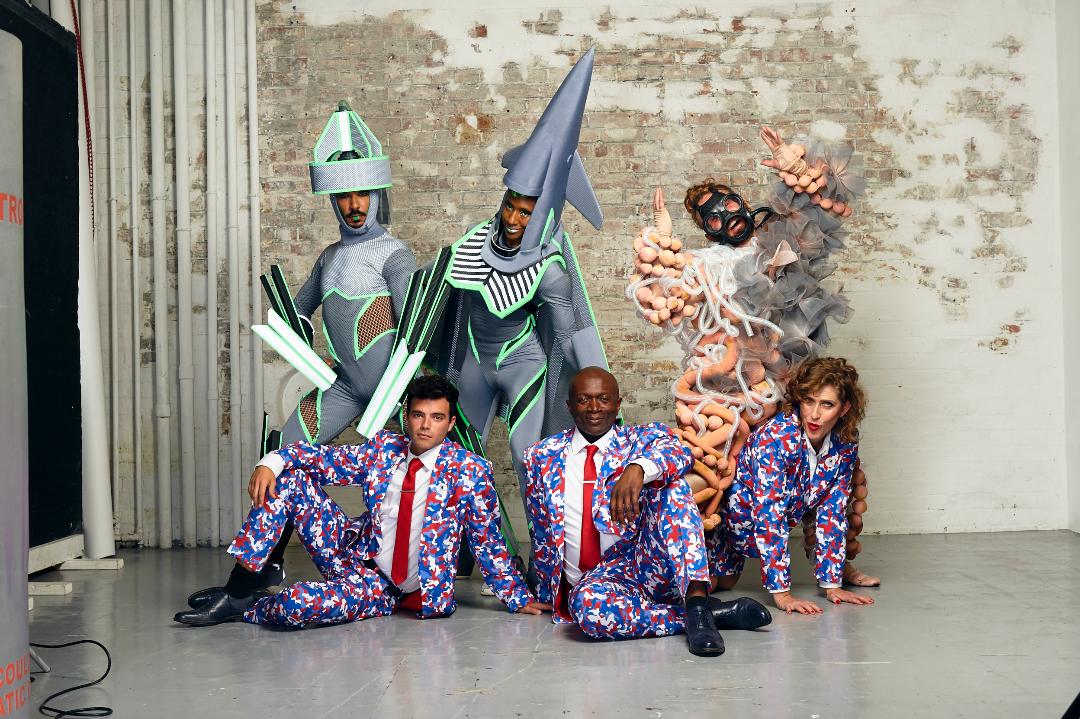 I interviewed theatre producer Matthew Schmolle, who specialises in producing and staging co-created community performance, new writing, street theatre and agitprop. Matthew has put on shows for his own companies The Working Party and Matthew Schmolle Productions as well as producing projects for The Old Vic, Old Vic New Voices, ice&fire, The Big House, Blackboard Theatre, The Spectators Guild, Finborough, Park Theatre, Tobacco Factory Theatre, Theatre Royal Stratford East, Emergency Exit Arts and Apples and Snakes. He also works as a consultant for the charity Open Door, who are fighting to level the playing field in access to training in theatre arts, and for theatre company Not Too Tame.

Leslie: From childhood onward, how did your interest in the stage begin and grow?

Matt: Theatre was a formative part of my upbringing – it provided art and community in one place – and for someone for whom those things were intuitively important there was a natural connection. I will have got into it the same way most people do -through a youth theatre. Luckily for me I went to a very well-resourced school that had some passionate drama teachers who also helped make it part of my day-to-day life (rather than a Friday afternoon thing) – a right that our current education system is coldly stripping away.

That being said I was not brave enough to take it seriously until I was in my 20’s, studying first for a degree in Law with a Human Rights specialisation. Law left me angry, confused and unconvinced that even the most diligent lawyer could have a positive effect on the world. The moment I remember feeling most let down by Law was when we studied the UN Right to Development drafted by Arjun Sengupta. It is an amazing idea put into practice about how you should work with developing nations to ensure that they develop in their own way and do not have their natural course altered by too much outside influence. Unsurprisingly, like any radical ideas, it was swept under the carpet and never ratified. Well – fuck that.

In order to really change the world I thought you needed to focus on the individuals in it, having conversations with people’s personal narratives, and the best way to do this was through the arts.
Now, whether that was me finding an intelligent excuse to ditch the 20 years of corporate work before going to work for an NGO, or whether it was based in something approaching a truth, who knows, but it made me go do an MA in theatre and then work as an actor for 6 years.

Acting wasn’t for me and I wasn’t for it so I started to combine my loves, without really knowing it. I was on the Camino de Santiago after breaking up with a girlfriend at the end of a tour and I was having a real ‘what the hell am I doing moment’ – I was acting in shows I didn’t like and my brain felt it was turning to mush. On the Eurostar home I got a call from my temp agency. They had a job at The Prince’s Trust for me but I had to go interview that day. So I ran home to watch some youtube about what the charity did and ended up blubbing in front of the screen. Suddenly I was reminded of that urge to support, to change things, to help, to be useful in a way one morally, intellectually and emotionally believed in, an urge that had got kind if fuzzed by 6 years of acting.

I ended up working at the charity for 4 years and leaving acting on any serious level. I ran arts programmes with kids, I delivered outreach strategies to engage the most deprived areas of this country and I met young people and workers who would change the way I viewed and treated people and society. It was great.

But the arts wanted to come back and I ended up moving across to working with theatre engagements with prisoners, ex-offenders and care-leavers for a host of great small organisations. During all of this I worked on The Old Vic’s community production PLATFORM and that changed me. Seeing a room full of every ‘type of person’ you can imagine all coming together to make something they all believed in made me want to do the same; professional and non-professionals working on the same level to a common goal. (Whether we like to admit it or not theatre and the arts in general are dominated by white, straight men and more often than not we hear that voice on stage – and it’s boring and repetitive in the main, with a few notable exceptions. This is changing for the better now but it has been a long time coming.) So after that show I spent 1 year pestering the director, Alex Ferris, to form a company with me and so The Working Party was born from that.

There has been massive variation in the projects since, lots of hard work, but I firmly believe that everything I have helped put out into the world has either had no effect or a positive effect ……..under my personal definition of positive 🙂

Leslie: I know you’re involved in ‘community theatre’. What would an audience member experience watching one of your productions?

Matt: Through my two companies – The Working Party and Matthew Schmolle Productions – I do a broad range of work that runs a much larger gamut than just agitprop. I work in everything from community co-created work, through proudly politically motivated agitprop, through installation sound art to producing new-writing in theatre on a commercial level. I would hope that any one of these, in whichever form, would be posing an urgent (sometimes uncomfortable) question to its audience that related directly to their lives.

At the moment I am touring STARDUST, developing a play about youth work (THE SHIT by Kenny Emson), producing a play about our irrational believe in the existence of borders (BORDER COMEDY by Amy Ng and Donnacadh O’Briain), producing a play about the nature of love and serial killer Jeffery Dahmer (PUFFERFISH by Nick Bruckman). I was senior producing a two year co-creation project with two estates in Islington with The Pleasance Theatre and The Mayor’s Office (THE WORKING PARTY PRESENTS….) and producing the Old Vic’s Midsummer Party.

Leslie: Who has influenced you in the development of your own artistic style – why them?

Matt: Alex Ferris, who I run The Working Party with, because he is the most open, able and focused community director / practitioner I have ever met.
John McGrath who ran 7:84 because he understood the importance of a good night out.
Rimini Protokoll because they have the amazing ability to turn community stories into the highest art without ever feeling like they have betrayed or used those voices.
Harold Pinter….um….cos.
Martin Crimp…..um….cos.
Caryl Churchill (same as above).
Bryony Kimmings for unflinching honesty and taking no talk from no-one.
Marina Abramovich because its great to do stuff without words sometimes.
Ueli Steck and Alex Honnold, because if you’re ever scared of the risk you’re taking, watch them do their thing and suddenly you realise there is nothing to be scared of.

Leslie: How do you work as a producer?

Matt: With energy, creativity, inclusivity, compassion and empathy….. and a cold cold eye for a budget.

Leslie: What are you in theatre for? Why do you do it?

Matt: To change the world and the way people view and engage with it.
To expand the common understanding of what theatre can be or is.
To have fun.
To play with like-minded people.
To play with strangers.
To be challenged.
To challenge.
To create beauty.

Next week I interview Hayley Sleigh about her work in marketing, creative writing, charitable action and her experience of #endthestigma.