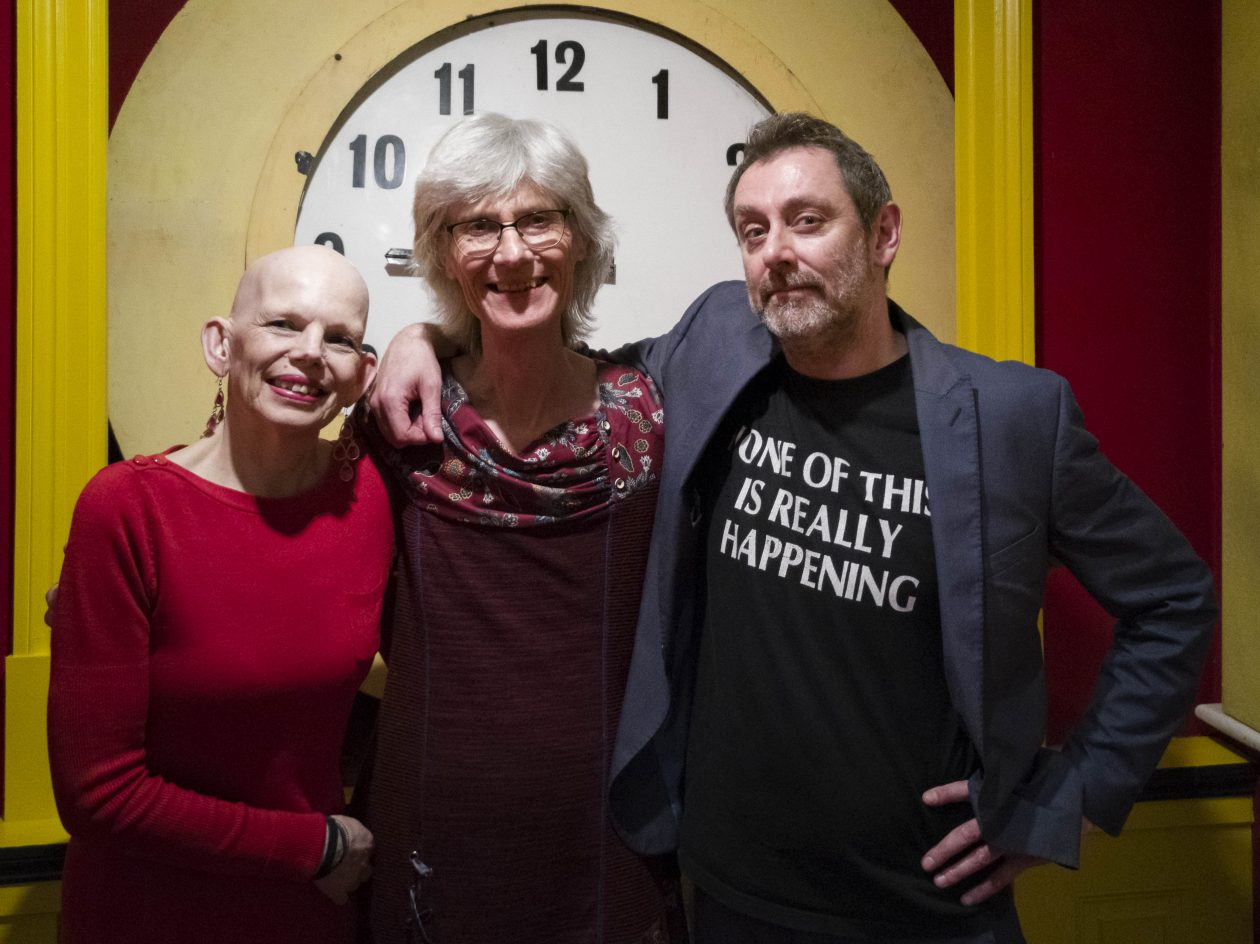 THE DREAM SPEAKS BACK 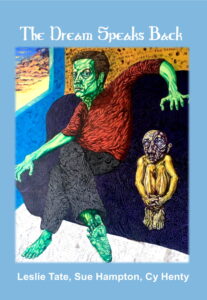 If it was a piece of music, The Dream Speaks Back, would be a jazz number, passing the lead between different soloists. Written by Sue Hampton, Cy Henty and myself, Leslie Tate, it’s a triple autobiography.

So how do you go about putting together a book written by three authors? In the case of The Dream Speaks Back, it came together, in Lautréamont’s famous phrase, ‘like the chance encounter on an ironing board of a sewing machine and an umbrella’. But behind the surreal adventures and personal stories was my organising work as an editor.

I structured the book so it moves back and forth between a succession of scenes that cue each other. And as the three of us write very differently it became like walking through a series of contrasting rooms, all belonging to the same house.

Cy Henty’s section begins with an interview where he talks about retaining a child-like openness to experience. By way of illustration, he describes his work in two comedy double acts.

As the book progresses, the narrative voice switches. So this part of Cy’s interview leads onto Sue Hampton, writing in the voice of her girl-self, describing her love for her father:

What follows is a number of short, echoing responses to Cy’s interview that open up my wildly imaginative childhood. This kind of writing I call imaginary autobiography; it aims to explore my most revealing fantasies.

From that point on the writing develops, alternating Cy’s bizarre experiences as a comedian and mental health worker with Sue’s thoughts about being a writer with my lived experience as a non-binary person and chessplayer/worker/author. On the way there are multiple pen portraits of characters, including:

In the words of the blurb: ‘As life-writing, The Dream Speaks Back describes growing up in unusual families, how it feels to be ‘different’, and the adult search for the inner child. As an imaginative journey, it explores gender and mental health issues. It’s also a very funny portrait of working in the arts, full of crazy characters, their ups and downs, and their stories.’

We wrote the book to tell our stories and show how imagination, creativity and gender roles really work. We hope it will astonish and delight an audience who enjoy faction – a freeform combination of autobiographical fact and poetic fiction. 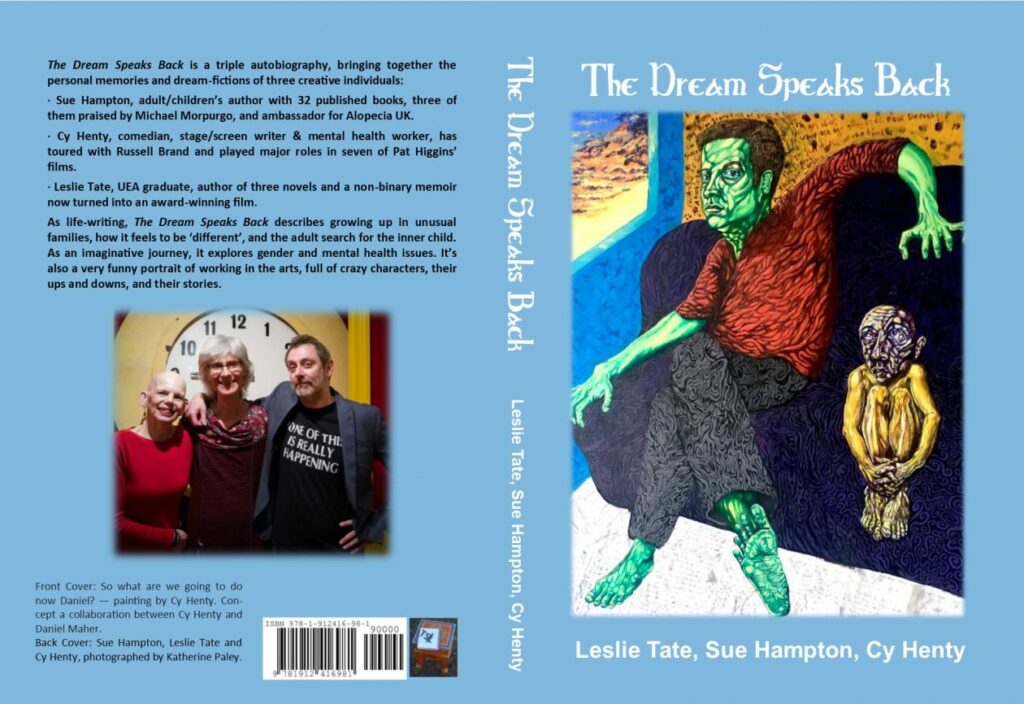