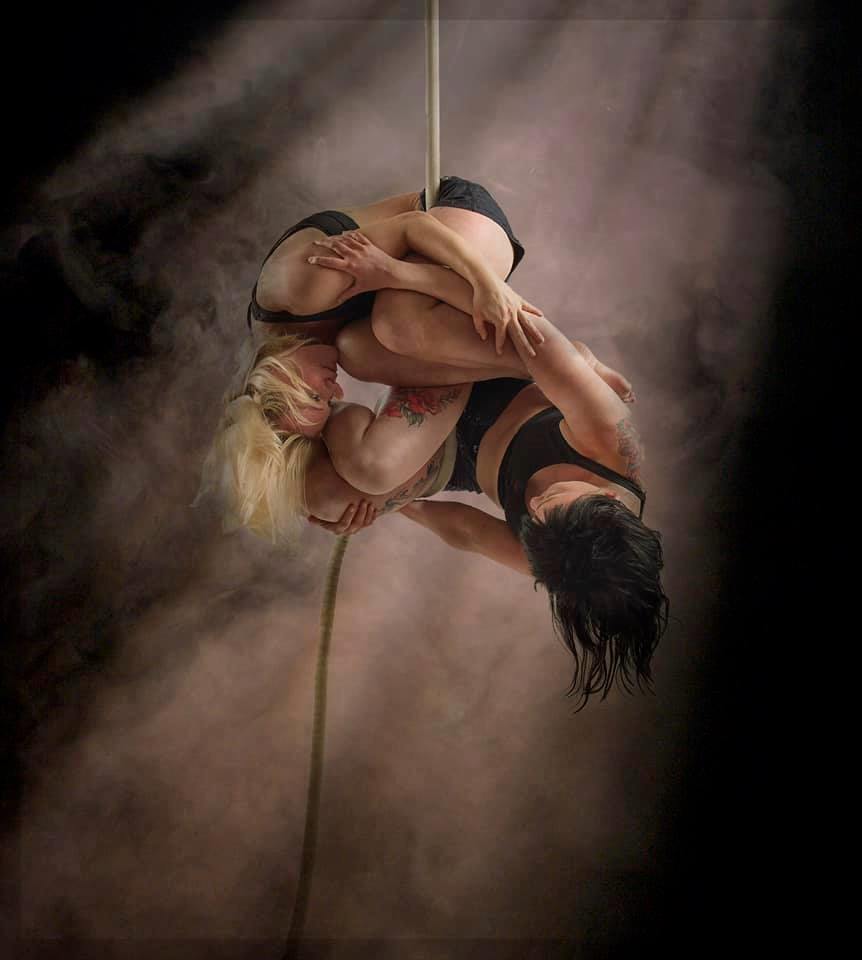 I interviewed author and aerial performer Sarah Jane Dobbs , who has written two novels Killing Daniel, nominated for the Not the Booker Award, and The Sea Inside Me.  As a senior lecturer at Sunderland University, Sarah leads the new English: Creative and Professional Writing degree, and has written books about Creative Writing, Her short stories have appeared in several magazines and anthologies. Sarah also performs with and jointly directs the Sunderland-based aerial company Uncaged, which she co-founded.

Leslie: What have you learned from your experience as a creative writing tutor and publishing books on the subject?

Sarah: To trust my own judgement and enjoy my own career, voice and evolving interests. You and your writing will have its own trajectory and time. Some things will land with people, some not. Don’t make comparisons but write the best way you can. Finding ways to unlock writers’ voices as a tutor gave me a sharper eye when I was creating work. Seeing my students’ writing develop over the years underpinned the knowledge you already have, but gives a greater anchor to it – that learning to write is about learning to see. Learning to see takes work and time. I owe a great deal to a former manager at my previous job at Edge Hill, Professor Ailsa Cox, whose way of seeing created a fundamental change in my writing and, I believe, that of many writers working with her.

Leslie: How has your own fiction changed and developed from your first novel, Killing Daniel, nominated for Not the Booker, to The Sea Inside Me? What have been the main influences/experiences that went into this second book?

Sarah: As I have changed, read more widely, read more theory, become more political, so my voice and intentions develop. With The Sea Inside Me, I’d had a difficult time for a very long time – personally, with family illness and so on, and I wanted to write a novella that answered some questions I thought a lot about. You spend a lot of time wishing your life had taken a different track – who would I be if that didn’t happen? and so on. I explored that ‘what if?’ in my novella and it quieted something in me while developing my belief that writing changes you, both the writer and the reader. Each novel I’ve written has asked, and in asking, answered a question I needed to pose.

Leslie: Can you tell us a few anecdotes about your role as director of Uncaged Aerial Theatre – how you became involved, your training, what happens during performances and the gifts/surprises it has brought you. How does it feed into your writing?

Sarah: I’m co-founder and equal share director of Uncaged. I’m lucky to share that role with two generous and heartening women – Emma Bloomfield and Rosie Vleugels. Pre-Covid, you would generally train at something every day but this year has allowed many of us to take stock, allow more time for life in that life-style and to see the benefits of allowing your body to rest. I had completed a professional course at My Aerial Home and Emma suggested we create something together. We started applying for funding and opportunities, some happened, many didn’t. I was quite prepared for rejection because of my writing life but the clarity needed to create a story with aerial, the symbols and metaphors, often times not saying anything, but doing, has many parallels with writing. It added a sharpness and a greater appreciation of structure and texture, as well as the importance of establishing a contract with your audience for your story to work. Most importantly, I think, I can see how skills like the endings we choose say so much. That’s an invaluable thing to take back when teaching writing and in my own work.

Leslie: Of the people you’ve worked with, who has most changed/added to your creative sensibility and technique? How did they do that?

Sarah: I would say performance-wise, I did a workshop with Laura Murphy on Deconstructing the Aerial Spectacle which changed my thinking around devising. It let me step into aerial the way I always had with writing. This isn’t anyone I’ve worked with, but I read a lot of John Berger this year, some of his creative and critical work really resonated with me and a lot of reading then sprung from that – physics texts on time and going back to old interests like Paul Ricoeur and his explorations of time in narrative.

Leslie: What’s the importance of Sunderland and the sea to you?

Sarah: Sunderland is where I eventually found a home. I moved here when my brother was unwell and after he died I was quite lonely and depressed. The sea was a constant and yet always changing. I would take off my shoes and walk in the fringe of the water, wishing I was brave enough to swim in it, which I did a couple of weeks ago. When I was walking in the sea, some of that numbness in me, so briefly, would wake. I loved its power and beauty and changing state, the crashing and sighs, the different ways of life it revealed to me when I didn’t have a home here or anywhere. The sea was some kind of years-long resuscitation. Now I have great friendships and work networks. My heart is resting – for now – and Sunderland is the place that gave me that. It’s why I started the Sea Sunderland project because I was curious what it has washed away or given to others. For me, the sea and Sunderland was a conversation that eventually told me I belonged here, I’ve sunk my feet into the sand, and it was because the sea got inside me.

The first interview in 2021 will be with Lesley Hayes, best-selling writer in youth, who returned much later to  a deeper kind of truth.

PrevPreviousIS EVERYTHING WE WRITE A COMING-OF-AGE STORY?
NextBEING AN AUTHOR: “TRUST IN GOD BUT TIE UP YOUR CAMEL”Next
On Key