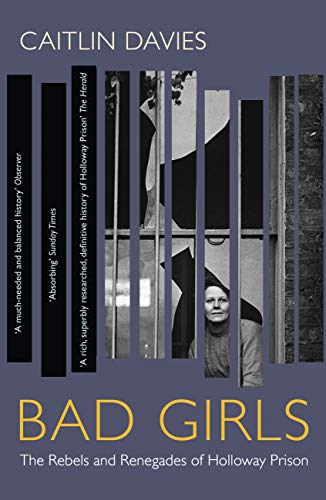 I interviewed Caitlin Davies, author of several books about powerful women, as well as a teacher, social historian, and ambassador for the Thames Baths project. A former investigative journalist in Botswana (during which she was twice arrested), Caitlin‘s human rights work included coverage of the removal of the Basarwa people from the Central Kgalagadi Game Reserve, and research into violence against women in Botswana’s North West. In 2000 she received an award from the Media Institute for Southern Africa, in ‘recognition of consistent and outstanding journalist work.’

Leslie: You’re a cultural activist in many fields. Where do you think your creativity, adaptability and tendency to work in diverse fields comes from? What are your core skills and how have you nurtured them?

Caitlin: I’ve never thought of myself as a cultural activist, but thanks! The reason I work in different fields is mainly to make a living – professional authors in the UK now earn an average of around £10,000 a year, it’s usually impossible to live just from writing books. Also I don’t get bored if I have several projects on the go.

I’m very driven, and I think you have to allow yourself, especially as a woman, to give yourself time to write, and to treat it seriously. But during the first lockdown, I found it really hard to write, it seemed such a self-indulgent thing to do. Then I met an ICU doctor during a swim at a local reservoir, and she told me the only way she was coping was by listening to audio books, and that made me start writing again.

Caitlin: It’s usually the book I’m currently working on, especially if it was hard to get it published in the first place. Bad Girls: The Rebels & Renegades of Holloway Prison took me years to research and write, and I was constantly being told – by agents, editors and publishers – that it was ‘niche’. How can the first full history of the most famous female jail in Europe be ‘niche’?!

I worked hard to earn people’s trust, and finally managed to gain access to the prison archives just as the jail was closing down in 2016. When Bad Girls was nominated for the Orwell Prize for Political Writing in 2019, it made me feel I’d been right all along; it was an important story. The moral is: don’t give up! If you think you have a good idea, then you probably do. Don’t let the gatekeepers put you off.

Right now I’m finishing Queens of the Underworld, a history of daring female crooks. I wanted to find women who were not victims, and not murderers, but who chose a life of crime, were successful and enjoyed it. I had to convince my agent that I would be able to find these women, even though to start with I did have my doubts.

Now I’ve found some fascinating women, from 18th century street robbers to Victorian diamond thieves, 1920s bandits, post-war gold smugglers, 1960s burglars, and modern fraudsters. Best of all, I’ve tracked down some of their relatives who have been able to tell me about their lives, show me photographs, correct myths, and give a better insight into their careers. Every writing project means I make new friends, go new places, and learn new things.

Leslie: What have been your best experiences as an educator in the UK? What has made those experiences important and noteworthy?

Caitlin: The best experiences are always when I see someone gain confidence in their writing, when they give themselves permission to write how and what they want. Writing is such a powerful thing to do, and to express yourself, to tell the story you want, can be scary. People lack confidence in all sorts of environments, schools, universities, prisons, museums, writing groups, and I want to restore a love of writing and reading, find out what’s holding them back, and then see them go off and write!

Leslie: Rebel women feature a lot in your historical fiction. What are the common themes/patterns in their lives & their treatment as well as in how you’ve gone about researching their histories?

Caitlin: I think it’s the fact that they’ve been forgotten, that’s what interests me. It’s exciting trying to find out who they were, how they lived, and it also makes me angry that we still have to do this. I write about characters that I would have liked to have read about as a teenager, ordinary women who fight prejudice and often do extraordinary things.

When it comes to researching their histories, I’ve become a better sleuth than I used to be, it’s a matter of digging into archives, reading books and looking closely at footnotes (women are often found in footnotes), using the internet and especially genealogical sites to try and track people down. I build up folders and folders of material, a couple of months ago I actually pulled a tendon in my neck trying to move them all from one set of shelves to another.

Leslie: Why do a large number of your books have a watery theme?

Caitlin: Mainly because I love water and swimming! I really miss having that way of keeping myself afloat during lockdown. But it’s a very minor thing when you think of all the suffering.

I didn’t set out to write books with watery themes, but one project usually leads to another. A decade ago I started writing a history of swimming and the bathing ponds on Hampstead Heath in London, and in the process I discovered a woman called Agnes Beckwith. In 1875, at the age of 14, she made a record breaking swim in the Thames, and that led me to thinking about the history of river swimming. So I wrote Downstream, a 400-year history and celebration of swimming the Thames, and in the process I discovered even more champion women. So then I wrote a novel Daisy Belle: Swimming Champion of the World, based on the careers of several Victorian swimmers.

Leslie: From where did your passion for social justice originate? How does it manifest itself in projects you’ve not talked about so far in this interview?

Caitlin: I’m not sure, but when I was around 7 years old I wanted to be a magician and a relative told me, very matter-of-factly, that girls weren’t allowed to join The Magic Circle. That made me want to join even more. In my 20s, I took a Women’s Studies course in the United States and that was a revelation, it explained things I’d always thought about but hadn’t linked up before. Then I lived in Botswana for 12 years, working as a journalist, and ended up covering issues like the death penalty, homophobic laws, the forced removal of people from the Central Kalahari, and domestic violence. It was frightening being arrested and put on trial a couple of times, but it definitely taught me the power of the press – and the power of the pen – to reveal injustice.

Leslie: You’re prolific. What are the personal quirks/habits/routines you observe & encourage in yourself to keep up your creative flow?

Caitlin: I always like to have a project on the go, or an idea for a project. Right now I’m just about to hand in Queens of the Underworld, and can’t wait to start on a new idea. It’s easier to send off a book if your mind is already jumping onto the next one, and then you’re not sitting around waiting for a reaction.

I love routines, probably too much for the people around me! I like to start the day with a cold swim or a walk with the dog, after that I write, research and read, every day of the year. I like imposing my own deadlines, and count my lucky stars I don’t have a 9-5 job, but writing is work; it’s not possible to wait for a creative flow. I might write rubbish at first, but that doesn’t matter, no one will see it but me. At the same time, I have to juggle better paid jobs such as teaching, so I’m always trying to squeeze in enough space to write.

There is also something about being rejected, of having ideas and books turned down, that makes me even more determined. I might have a little sob to begin with, and swear I’m going to give up writing books (which I often do around January), but I know from experience that it will lift and that I’ll get excited again.

Leslie: Who are the key people who have shaped you? Why them?

Caitlin: I guess it would be my parents, as they brought me up and I can see myself in both of them. I can be social like my dad, but mainly I’m antisocial like my mum. I’d rather observe people than be observed. They taught me curiosity and interest in people, not to be precious about writing, and to be grateful that for a lot of the time I get to do what I love.