Is The YA Novel for Adults? 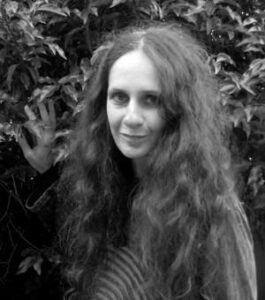 I interviewed Izzy Robertson, healer and author of three novels published by Magic Oxygen, asking what goes into her creative process.

Leslie: What are the key experiences you’ve had in writing for young adults?

Izzy: An interesting question in that I never set out to write for young adults. The characters presented themselves, along with the story and so I wrote. I hadn’t envisaged any specific audience (or possibly any audience!). It was only when Dreaming The Moon came out that an audience had to be specified, more for the blurb that goes to the retailers than anything else. I think we’ve become very used to pigeonholing everything now, dividing things into genres and subsections, which is fine to a point but we possibly risk missing out. I happily read ‘children’s’, ‘young adult’ and ‘adult’ fiction; a good story is a good story, wherever it may be found. My book has been read by people ranging from 11 to 93 and I’ve had some really positive feedback from all ages, thank goodness!

Leslie: In your writing, the unusual and the magical seem to grow out of the real. Why this combination of elements?

Izzy: I grew up with fairy tales and books. I enjoyed, and still do, being able to disappear into another world when reading. My studies took me in a different direction though; I took sciences, became a physiotherapist and then studied acupuncture and reflexology. In a way I had two worlds at the same time, the logical, practical and well-researched medical model, and the complementary side where things worked well but seemed to defy reason. It always fascinates me (and pleases my subversive side no end!) that although we, as humans, have such a vast wealth of knowledge, there are still so many things that we can’t explain. I love 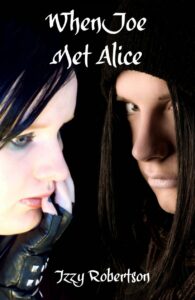 the idea that magic is natural and ever-present, that just because we can’t prove its existence doesn’t mean it isn’t real. To me, magic is the occurrence of the unexpected, looked at through the lens of infinite possibility, and it’s around us every day. We just have to allow ourselves to see it.

Leslie: Can you say something about your three Magic Oxygen books, please?

Izzy: My first two publications are actually long short stories and are available as e-books; the third is a paperback novel. They all have a mystical element but are set very firmly in the real world. When Joe Met Alice is a romance with a twist, Catching Up With The Past is about bullying and isolation and Dreaming The Moon is a quest.

At the end of When Joe Met Alice, which came out first, I had written a set of lyrics, as Joe, the main character, is a bass player and songwriter. Both my sons are musicians and I asked Jed (the older) if he would be interested in actually writing some music to set them to and producing it as a song. He made a fabulous job of it, playing all the instruments and doing the vocals. You can listen to it here.

Leslie: What drives your books?

Izzy: My books are character-driven. At the risk of sounding completely potty, characters will wander into my head, bringing some of a tale with them. They become increasingly insistent that I do something with them after a while! I don’t write linearly (i.e from beginning to end), because usually they are only kind enough to give me bits of the story, so I write down the parts I know and then fill in the spaces. For example, with Dreaming the Moon, I wrote the beginning, then the end, then a couple of incidents in the middle; the rest fortunately fell into place in the process. I feel very lucky that my characters are so alive in my mind; however sometimes they do seem to go off and plot things all on their own and then drop a surprise into the mix which can make me have to rethink the plot or timeline etc. I had to rework the timeline for Dreaming The Moon because my character Bryn informed me of a class he ran when I’d almost finished the first draft. I had to go back and readjust it all the way through to accommodate him!

Leslie: What is the story of your own involvement in healing processes? How does it relate to your creative writing?

Izzy: I worked in the NHS for fifteen years, specialising in musculoskeletal problems and later chronic pain management. I was aware that talking/listening to patients was just as important as hands-on treatment; sometimes they just needed to ‘tell their story’. It was also apparent when running groups and classes that the participants gained a huge amount from being with and talking to each other – it helped to reduce the feeling of being alone with their problem. Being able to connect with someone who really understands how you feel is almost priceless. Books and stories can help you feel connected as well but it’s important that the emotional aspect of a story is authentic. Otherwise it doesn’t quite ring true.

Leslie: How have you worked on your skills as a writer? How have other authors influenced you? 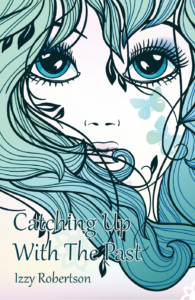 Izzy: I have written stories for pleasure since I was about eight years old. Some poetry too, although I find it much more difficult. I took a couple of writing courses with the Open College of the Arts which were very helpful, especially from a confidence point of view. I’m quite a stickler for redrafting – pieces will usually not see the light of day until they’ve been redrafted three or four times! It’s only then that I’ll dare ask trusted friends to read and give me feedback. I also work as an editor and I have found that incredibly helpful in running a critical eye over my own writing.

I am in awe of so many writers. I love to read and there are so many great books out there. I love stories that let you feel that you know the characters really well; you can see where they are and feel how they are. I love a magical twist as well – no surprises there! Charles de Lint and Alice Hoffman are particular favourites – I can only aspire to them. 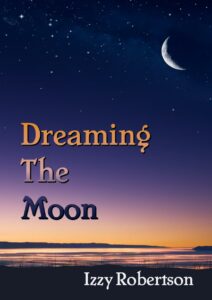 Izzy: I almost feel now that it’s not a choice. I have so many characters and ideas trying to get out! I do love the process; when it’s going well, it’s a joy, when it runs into a brick wall, maybe not so much, but there’s always tea and chocolate! And writing in the way I do, I find that moving to another part of the story and working on that for a while may help to shift the block.

As humans, we all have stories; we also have a long tradition of storytelling in one form or another. I feel incredibly privileged and lucky to be a part of that.