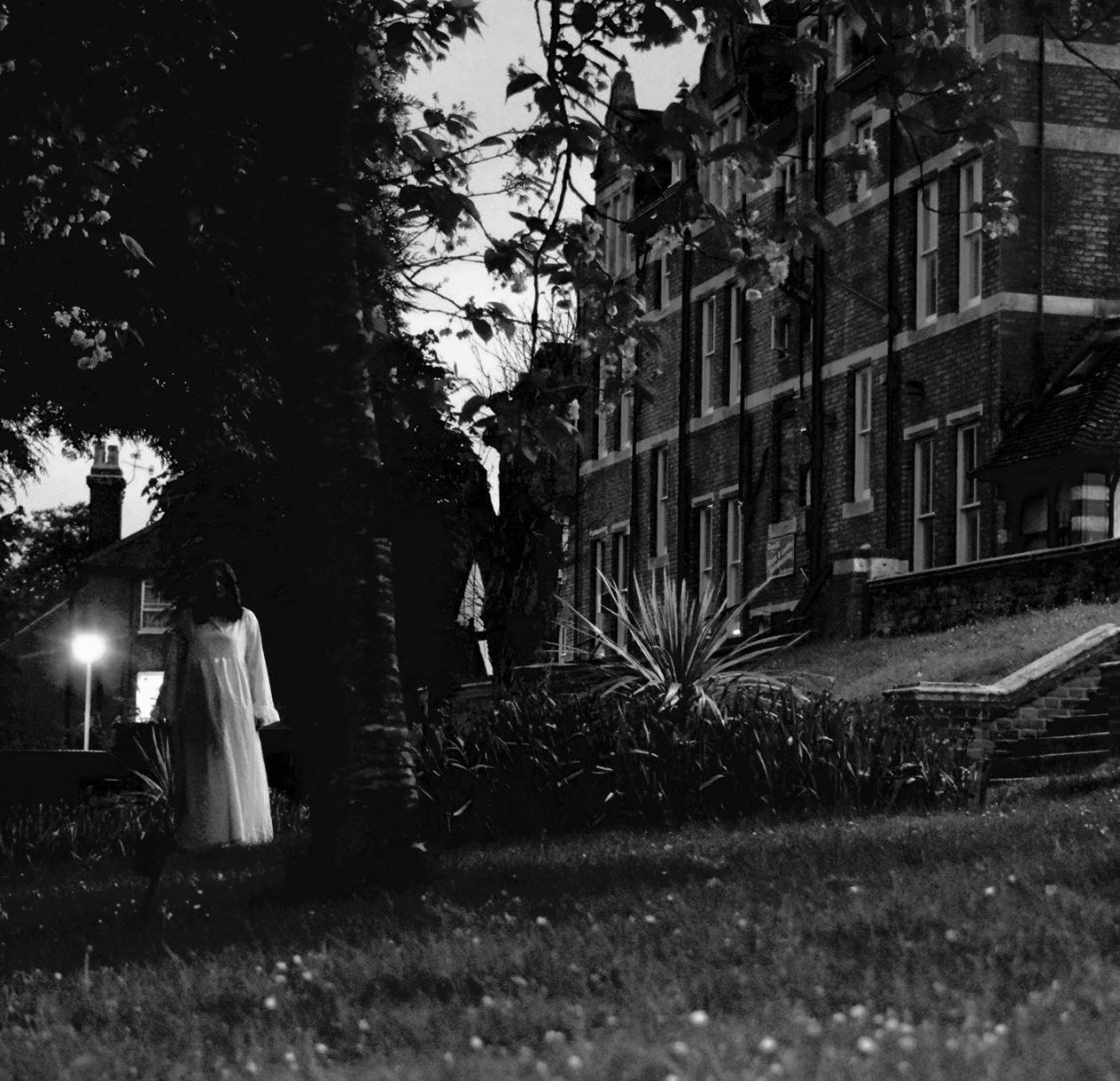 I asked Kimberly Black, the director of Hemel Hempstead’s Spirit of the Old Town Ghost Walks to guest blog about her creative process. Kimberly has appeared at Sadlers Wells as the Nun in Comedy: A Tragedy in one Act, and in touring musicals, including Styles and Drewe’s version of Kipling’s Just So Stories, where she played the Kolokolo Bird. But for an experienced and versatile actress and singer, switching to the role of director was a big jump.

‘The Spirit of the Old Town Ghost Walks were born out of rejections I received for the play I had been writing about the people who used to live in Hemel. After a short period of feeling a bit lost with the whole thing I spoke to Chris Leverett from The Enchanted Oak and we decided to make my play into a ghost walk. It’s been a long process and a hard slog but it has grown into something more wonderful and entertaining than I could ever have imagined.  Essentially the ghost walks are half history walk and half interactive play, it’s a whole experience! I write, direct, cast, costume and perform in the ghost walk, Chris is our tour guide as well as helping me with advertising. 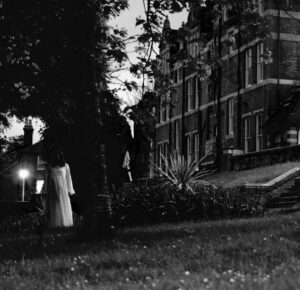 I am very fortunate to have some wonderful performers involved in my project, most of them professional in some way, either actors, comedians or musicians. They are probably the most diverse and creative bunch I have ever worked with. So many wonderful and interesting ideas emanate from them – it brings out so much more within the characters, more than there ever was in my head. Some of the characters they play are well-documented or are based on sightings of ghosts, but some are less known and have had to be created. I love both processes, giving words to the well-known and bringing them to life in such a colourful way and digging deeper to create a person from a few lines found while doing research – for example, a headless nun has been sighted near the walled garden. Creating these people has been a huge challenge for me. I have never written anything before, a few vague attempts at songs and a monologue at drama school but that was it. To go from that to a play/ghost walk is mind-blowing to me. 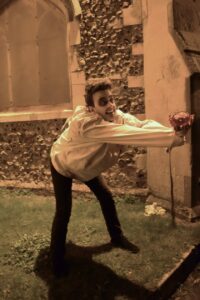 I am constantly researching the Old Town and Hemel Hempstead in general, I have books and photographs and endless printouts that I carry around. I’m always tweaking the monologues and making sure my information is as accurate as possible. I think the hardest part for me is making the characters flow and feel real, I try my very hardest to think outside the box that previously confined me, to give these people heart and make their stories pull you in and consume you. I spend a lot of time watching people, watching actors I think are great and the people who maybe get the smaller roles. I find their attention to detail engaging, even the tiniest gestures are huge sometimes. Many things inspire me from nature to music but I think for this project it’s the lack of knowledge that the local people have about the area and events that made the Old Town what it was and is. This makes me strive for a more in-depth research method and detailed characters. 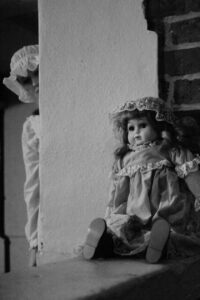 I watched a promenade performance of When the Fallen Sang by the Lightning Ensemble in St Giles Church, London. It was about the area and the people who had lived there hundreds of years ago, all based on stories and legend. The mother who lost her baby, the lepers, the drunk trying to redeem himself. After seeing this I was determined to write a play of some sort about the Old Town that I loved so much.

I am very lucky to have met Minnie Birch at various gigs and open mics that we have both performed at. When I wanted to cast the part of Alice, the young girl, I thought of Minnie. She is a beautiful, talented musician and woman, but she is also petite and innocent-looking, a perfect match for the character. She brings a haunting quality to her beautiful and fragile performance in the ghost walk. I am honoured to be working with her.

I am also delighted to be working with Darren Lord, an old friend of about 12 years from the West End. He produced, directed and performed in his own extravaganzas, showcasing some of the brightest young talent from the UK. When he heard I was casting for the Judge character he called me and the rest is history. His commanding, powerful and comical, portrayal of Matthew Leno is fantastic and hypnotising.

The latest addition to the team is Mark Crane. I know Mark as a director, having worked for him and his company Theatre on Wax, several times in 2015. When I was short of a character for my Christmas themed ghost walk I called Mark. He has the most inspiring energy and imagination. Watching this man perform is a real treat. He performed as The Ghost of Christmas Present in our last walk and was a huge hit. Thankfully he has agreed to stay and I am currently writing a new character for him.

I cannot leave out Tom Watkins, a very experienced and incredibly hard-working actor. Each performance he finds something new and magical. A beauty to watch.

I could go on about how all my actors are fantastic but instead – special thanks must also go to Pam McNay, Matt Hatton, Mike Catterall, Paula Thomas, Preeya Vasani and Marnie Bruce, my talented performers.

We have also collaborated with Daria Kulesh on the release of her video Fata Morgana, combining ghost walk with a spooky showing of her video.

And then there is me. I have been performing and singing since I was 10. I remember my first show in the big theatre (Beck Theatre, Hayes) , Alice the Musical. I played an oyster! For the next 23 years that theatre became my home along with the Compass Theatre in Ickenham. I took many lead roles, mostly in musicals, my first love. I missed out on Drama school the first time around so when I got accepted into The Poor School after a four-day course I jumped at the chance. Two years of my life were consumed by my training, the best thing I have ever done. I have never been so tired, broken and happy all at the same time. I did think I would come out of training and hop straight back into musicals, but most of my work has been in plays. I’m not unhappy about this, I love my work more than I thought was possible. The Poor School has opened up so much for me, not only doors but my mind. I still have a lot to learn, every job presents a challenge and a huge step for me and from every performance I take away something new , whether that be from the writing, from colleagues or from a new moment I’ve found in my character. Nothing is wasted.’

You can find out more about The Spirit of the Old Town Interactive Ghost Walks here.

PrevPreviousSpeaking Up
NextA BOOK IS AN ADVENTURENext
On Key