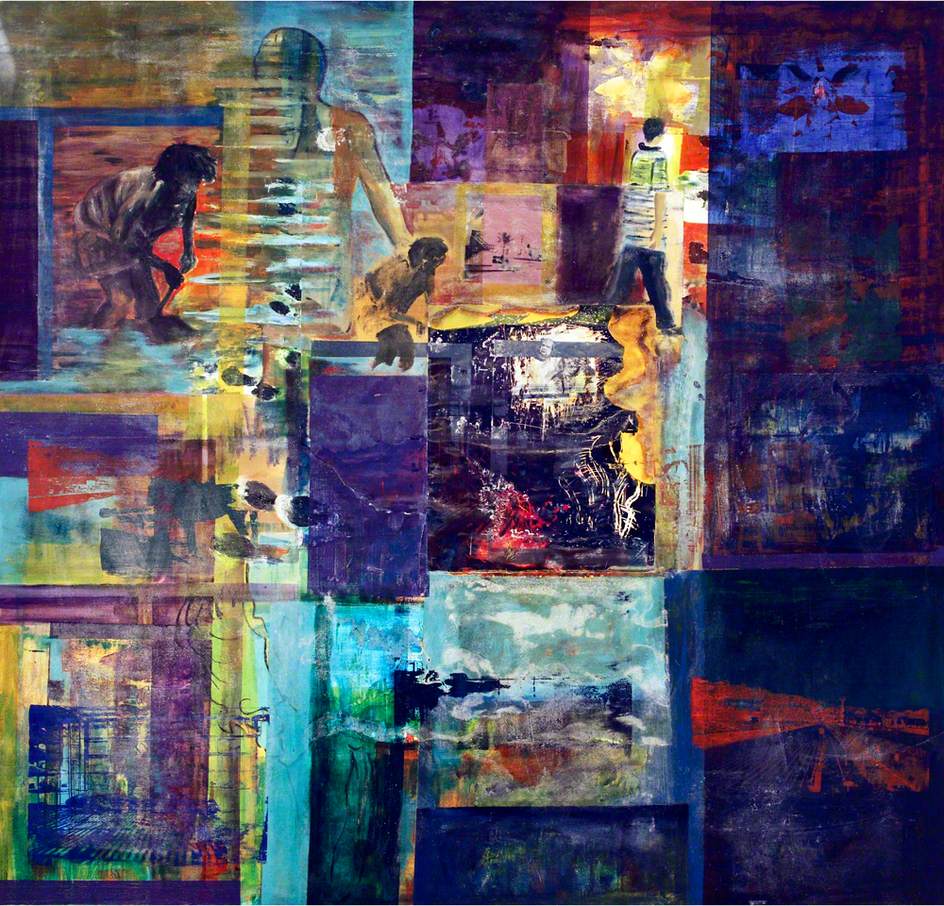 WHAT LOVE REQUIRES OF US

My trip to Shepherd’s Bush Library might have been taken from the pages of a magic realist novel. It was urban and dream-like, featuring a stranger arriving in rush hour at a shopping centre that could have been a film set. Of course there was a back story: an author visit arranged by email, and advertised as a talk about ‘The Beginning, Growth and Development of a Novel’. But the reason given – to study literature drawing on my own experience – was unlikely to appeal to my potential audience. After all, who would want to listen to an unknown 68 year-old author with a small-press background? And why on earth would that author continue, year on year, turning up at hard-to-find spots and addressing tiny audiences, most of them failed or wannabe authors, in order to sell a handful of books?

My answer was, and still is, provisional. It touches on childhood, on impossible dreams and hubristic fantasies and poetry in the head. There is in me an ideal world, a garden of all delights where I walk untouched, sharing my thoughts with the birds. I’m still that boy who ran for his life on the beach and ventured down overgrown farm tracks hoping to find words for elevated longings and promptings from below. It wasn’t that I actually saw God, but I was hopeful – and afraid – so I held my breath and took my time. If there were angels I was only going to meet them if I believed, or acted as though I believed. So, like a faithful follower, I fixed my gaze on the sky and waited for the break when my words would come into their own and be heard and recognised.

But arriving at Shepherd’s Bush was more like auditioning for a walk-on part in a B movie. The square had an unreal, abstract, CGI quality, as if it was mock-up. It was modern, noire, and packed with commuters. I’d thought, from looking at the map, I’d be close to the library, but all I could see were illuminated signs and strangely-shaped buildings. What made it even stranger were the puzzled faces of the people I asked for directions, who all said they hadn’t heard of the library.

My talk was due in forty minutes and the suitcase I was wheeling was a dead weight. I’d stuffed it chock-full of books. Bringing so many was absurd, of course, because although this kind of event was all about ‘exposure’ – meaning questions about future novels, and zero sales – I needed my dream. After all I might strike lucky and meet someone ‘big’ in the trade and suddenly, in a flash, everything would change. On a deeper level I’d become accustomed to my outsider status. It kept me free of all criticism, in a category of one. Because being unknown allowed me to admire my own resilience and see myself as ahead of my times – which explained my repeated failures with agents and writing competitions. I’d my own distinct voice; I believed I could write; so the fault was not in my stars but with them.

I was beginning to wonder if the library didn’t exist or the map I’d studied was out of date, but magic thinking kept me going. Maybe I’d get lucky and find a sign or I’d turn a corner and the library would be there – or maybe if I visualised and followed the images that came up, then that would do the trick. After all, I’d given talks about the imagination and quoted Einstein about its primacy over knowledge. In My Imaginary Autobiography I’d written about memory as a retrospective elaboration of an imagined past. In other pieces I’d talked about the power of language to re-imagine the self, changing speculation into fact – and in some of my poems I’d described that as a form of myth-making, bringing with it the danger of inflationary thinking.

So inside myself, I was living my experience as a Quixotic adventure carried out solo, against the odds. It was my own absurd, defiant bid for recognition, a private journey into nowhere; it was my Narrow Road to the Deep North, Journey to the Centre of the Earth and Une Saison en Enfer rolled into one, and my task was to memorise every detail with the aim of reworking it as a story…

It began with a dream where I found myself alone in the woods. I’d been captured by a gang on the way to school and tied to a tree in what people called the wasteland. The boys had been cruel but I’d been brave, and now they’d left me the ropes didn’t hurt. I was by myself in a world of soft leaves, warm sun and cool, gentle feelings. I could watch for animals and listen to the birds. It was as if I’d always been there.

The song continued, cutting off at the words: But safer to stay at home.

Realising how I must look, I was glad no one could see me. And yet I was happy to be alive and in the open air. My limbs were tingling and my breath was short. Looking up, I could see the clouds as islands in the sky. I was a child awaiting rescue, feeling free, comfortable, attractive, relieved to be myself.

In my dream I was thinking about the times I‘d walked home with Jenny, the girl at number 43. She was my age, small and dark, and usually walked ahead, speaking unexpectedly, and sometimes laughing when I clowned or said something silly. Her back was straight, her uniform was neat, her face was serious and she wore a beret. I thought she was rather like me.

The beret was green with a soft, black bobble on top that wobbled as she walked. It looked like a ripe blackberry. I wanted to know how it felt and how it stayed on and suddenly, without thinking, my hand shot out and lifted the bobble. The cap came with it.

“That’s mine,” I said, trying it on my head, thinking she’d laugh.

“Give it back,” she said, not turning.

I began to weaken, “Just stop.”

“You can have it,” I called out, blushing.

Slowly and deliberately, she shook her head.

“Yours,” I repeated, jiggling about.

“You’ll be in trouble,” she said, moving towards her gate.

“I’ll tell,” she said darkly, stepping through to the path.

Realising she meant it, I turned. “Wait,” I cried, running back, hot-foot and breathless, to pick up her cap. When I returned, Jenny was there, standing quietly just inside her gate. Feeling stupid, I handed it over. “Take it,” I said, fighting back tears.

She’d won, I’d been a fool, and when she took it I was crying. The last thing I remember was her superior smile as she glanced back at me and took the cap indoors, holding it by the bobble. With it went my shame.

This post is part of the Magic Realism Blog Hop. Nearly 20 blogs are taking part in the hop. Over three days (28th – 30th July 2016) these blogs will be posting about magic realism. Please take the time to click on the links below to visit them and remember that links to the new posts will be added over the three days, so do come back to read more.