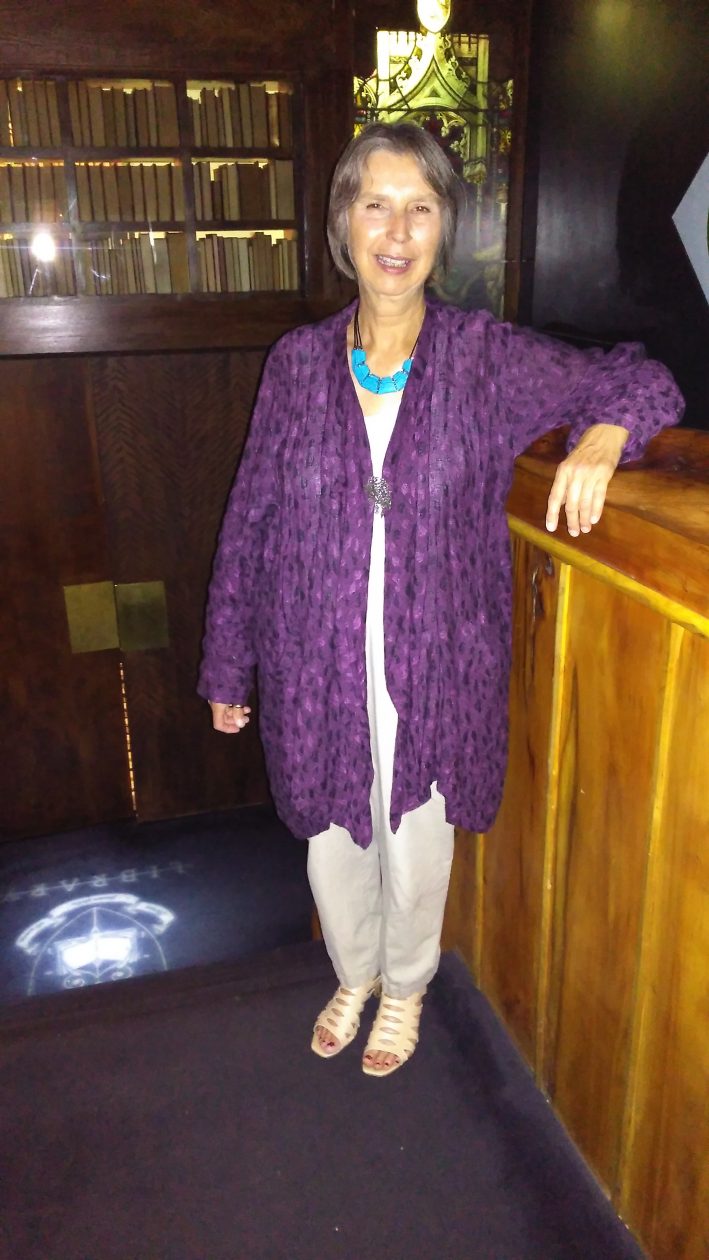 I interviewed Anne Page about family learning and inclusive provision in the UK. Anne says about herself: “For over 25 years I’ve been writing, researching and broadcasting about children and families, education and wellbeing. I’m a former Policy and Research Director at a children and families think tank, a Fellow of the Royal Society of Arts and a former Travel Editor at City Limits. Currently, I’m writing a book about aspects of 21st century family life.”

Leslie: What have been the main projects for family learning you’ve been involved in?

Anne: Around 10 years ago, I coordinated a Department of Education scheme called ‘Information Sessions for Parents’. It was intended to boost parents’ interest in their child’s education, including family learning activities. Rolled-out to schools, it aimed to have something to appeal to everyone, especially to parents who wouldn’t normally come into their child’s school.

Leslie: What, from your own upbringing and later life experiences, led you to work on family learning?

Anne: Well, I think it chose me. I’ve always been concerned with developing people’s potential to live and work as fulfilled a life as possible.

I grew up in a very ordinary part of East London. Neither of my parents went to university, but they always encouraged me to be curious about the world. My father believed that knowledge is power and there were always books in the house, as well as regular trips to the library. I was lucky, too, to have London’s museums, theatres and art galleries to explore, first as a child, then more widely as a teenager. With my best friend, I would go regularly to the bookshops on Charing Cross Road, bringing home titles such as ‘The Mersey Sound’ anthology, with poems by Adrian Henri, Roger McGough and Brian Patten, or ‘The Little Red School Book’. The Tate Gallery, now Tate Britain, was where I first discovered the Impressionists. I was 17 when I saw Peter Brook’s ground-breaking production of A Midsummer Night’s Dream staged by the RSC at the Aldwych theatre.

Part of my first lecturing job was teaching Adult Literacy students on government training courses, where I was able to put some of the ideas from Paulo Freire ’s work on critical pedagogy into practice. For example, I produced a booklet of autobiographical stories with one group and saw the powerful effect of seeing one’s own words in print (this was pre-Internet) for the first time – and this was with a group of people, some of whom needed help to fill in a form or whose dyslexia had not been recognised until adulthood.

Leslie: What have been your main successes and what are the most important lessons you’ve learned from working in the area?

Anne: One thing I’ve learnt is never to underestimate the difference a simple thing like a word or a gesture can make to someone’s life. For example, a parents’ workshop I was involved with in East London offered interpreters on hand – the first time the school had ever organised interpreting at a parents’ evening. One mother who spoke very little English came because she knew she could rely on the interpreter to be able to communicate. The school staff were both surprised and pleased, because they had assumed there were some parents who were impossible to reach.

Another thing I’ve learnt is never to make assumptions about anyone or anything. People have the potential to realise more of their hopes, dreams and ambitions than they could ever have thought possible. Another example from East London was when a group of Bengali women came along to a community workshop for parents. The staff at the community centre thought maybe they could offer more English classes. But when they asked the women what they wanted to learn about, they all said they would like to learn French and go to Paris for the weekend like their children, who were learning a new language. So the centre’s ideas had to be adapted!

Leslie: Can you tell the story, please, of your father founding the Apuldram Centre near Chichester?

Anne: My father was a “behind the scenes” force in the formation of the Apuldram Centre, bringing on board the local Mencap group, where he was an active committee member. Having moved from the Welsh borders to the south coast near Chichester to retire, he wanted to continue his involvement with local charities for adults with learning and other disabilities. He was very enthusiastic about the local branch of Mencap and, as a committee member, had helped to start up The Aldingbourne Centre (another centre for adults with learning disabilities in the same area).

Leslie: Can you describe, please, who the Apuldram Centre is for and how it was founded?

Anne: The Apuldram Centre is a charity for people with learning disabilities. The Centre also runs residential living nearby. The Centre is near Chichester and serves the surrounding area.

A number of very involved and active people made the Centre possible just over 25 years ago. They were mostly parents of adults with learning disabilities who wanted to establish a place where their adult children could enjoy meaningful work and contribute to the community. They were joined by one or two retired people, who were very active in local voluntary services and helped to bring the right people together and to fundraise.

Leslie: How has the centre changed today and what are the stand-out stories from its history?

Anne: Today the Centre is a thriving place offering horticultural training and work, a shop, workshops, arts and crafts activities, cooking and other kitchen skills, regular festivals, celebrations and events through the year and regular themed lunches, all open to anyone in the area to enjoy and made possible by a regular group of enthusiastic volunteers working alongside the paid staff team.

The history of the Centre is told in their recent publication, Apuldram@25. It started life in 1989 as a muddy disused dairy farm and a rented hayfield, with a greenhouse, a garden and ten sheep; all tended by a couple of paid staff, a handful of volunteers, parents and people with learning disabilities. The local paper headlined their news piece ‘Centre for the Good Life’. Today the Centre runs an annual summer Apulstock music festival and sells Hallowe’en and Christmas handmade wooden decorations in the shop. Apuldram also supports a number of people in the Chichester area to live independently in their own tenancies.

A new fundraising drive is underway, instigated by the new Centre General Manager, Rachel Aslet-Clarke, with an ambitious target of raising over one million pounds to redevelop, and rebuild parts of, the Centre to bring it up to date for the future.

Leslie: Why is the centre so important to you?

Anne: I maintain the family link with Apuldram as a way of giving something back and, of course, to honour my father’s memory through the continuing development of a project he was both pleased and proud to be involved in. One of his favourite quotes was from a George Bernard Shaw play and sometimes attributed to JF Kennedy: “’You see things; and you say “Why?” But I dream things that never were; and I say “Why not?”’

One example of the innovation and determination he brought to all he did was when he organised the local Mencap Team for the London to Brighton charity ride of 1992. They were the first and remain, 25 years later, the only learning disabled team to complete the ride (so far as the organisers know). He would take out the team of learning disabled, along with their non-disabled cycling partners, around the lanes of Chichester on training rides and he took part in the ride itself. The whole team completed the 58 miles successfully. That’s a great example of asking ‘Why not?’ and then doing something about it.

Leslie: What can parents, teachers and other pupils learn from people with so-called ‘learning difficulties’? What do you regard as the best models for developing a fully inclusive society?

Anne: People with learning disabilities often tend to be very direct and therefore refreshing to be with. They don’t play games or have hidden agendas. They like to enjoy themselves, and so remind those without learning disabilities about the human values it’s all too easy to forget in the busyness of everyday life and in relationships.

There are so many models for developing a fully inclusive society – that’s an enormous question! In my experience, often the more successful models are those started on a small scale by an individual, or a small group, with the vision and energy to create something new that others are drawn to because it works in practice. Starting something new usually involves a lot of very hard work as well, of course. Apuldram is one example of such a model in the UK which is for people with learning disabilites.

On an international scale, the work of Jean Vanier is another good example. The recent film, Summer in the Forest, is about his work and how he began the worldwide L’Arche communities, which aim to be inclusive communities with a culture of building relationships and shared lives between people with and without learning disabilities. There are 10 L’Arche communities in the UK.

Next week I interview Pushcart Prize nominated poet Beth Copeland about her multi-cultural background, the film of her poetry and the numerous awards she has received.