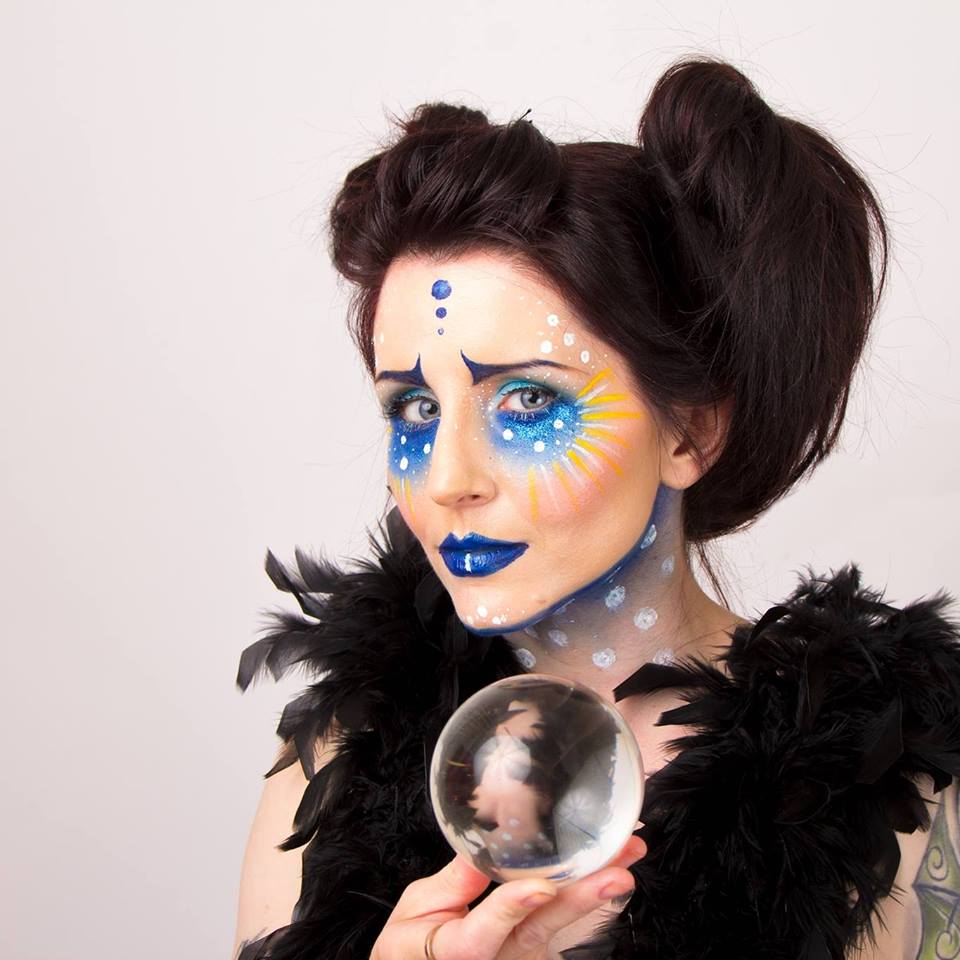 EILIS PHILLIPS AND THE JOYS OF SYNAESTHESIA, Part Two

In part two of my interview with Eilis Phillips, synaesthete, historian, blogger, musician and author, I asked her to expand on her academic work, her experiences of synaesthesia and how ‘being different’ has affected her world view .

Leslie: Could you give a few details of your studies & teaching, please? You’re a member of Supernatural Cities – what does that involve?

Eilis: I used to teach undergrad students in historical methods across several different units, and I learned a lot from them. Teaching is very much a two-way process, you can’t expect to walk into a room and know exactly what is going to happen from week to week, no matter how much you plan. The trick, I think, is to be open to listening as much as possible to what students have to say, whilst also staying focused on making sure you teach them the skills they need to progress.

Supernatural Cities is an interdisciplinary research group based at Portsmouth University focused on aspects of the urban macabre, or fantastical. Our group brings together academics from all over the university (and beyond) and is heavily involved in many cultural events across the city. Darkfest is our big public festival each year, but we also have a yearly academic conference, this year hosted by the wonderfully monstrous Open Graves Open Minds project at the University of Hertfordshire.

Leslie: Could you describe your childhood experiences of synaesthesia.

Eilis: Ooh, that’s tricky, because as a child I didn’t know I had it. I just took it for granted. I thought everybody had it. I just remember loving the colour, lilac, because it tasted delicious (when I looked at the colour I would get a certain taste in my mouth). One time my grandmother took me out for ice cream, and it was grape flavoured, and I remember being so excited that I dropped the ice cream on the floor and she went and bought me another one, the saint that she is! It had just blown my mind that the ice cream tasted exactly like the colour had every time I had seen it in a picture book, or TV or whatever.

Leslie: How does synaesthesia affect you sensually, intellectually and creatively, please?

Eilis: It’s been incredibly helpful for overcoming mental blocks with projects. Sometimes I’ll realise a certain chord progression isn’t working in a song, or that a character I’m writing in a story just doesn’t seem to fit. That’s when I close my eyes and look at the colours in the narrative. I’ll ask myself, what colour is missing, or what colour/pattern is too prevalent? It’s like using a different language I suppose. I switch into that mode and look at the project from the perspective of the colours and the shapes it conjures, then I translate that back into a new chord, or a new piece of dialogue or plot.

Leslie: You use phrases such as ‘living in a kaleidoscope, ‘The spectral locomotive’ and ‘the magic of everyday life’ to describe synaesthesia. Can you expand on their meanings for you, please?

Eilis: Well, it’s like living in a kaleidoscope because I am constantly surrounded by colourful patterns and shapes generated by the sound and movement around me. I like to think about all those neurons whizzing around my brain like ghost trains – making connections that might not occur otherwise. That, to me, is all a part of ‘magic’ in the everyday. I don’t understand exactly why my brain presents me with these images, or sensations, and so it seems magical. It is magical. That’s what magic is, to me. Something which is inherently unfathomable, and intangible to the person, and yet has the power to affect their actions, and their lives. I suppose it’s like emotions, or motivations. ‘Love’ as a concept isn’t tangible, but it drives so much of human nature.

Leslie: What have you learned about the relationship between imaginative existence and so-called ‘real’ life from synaesthesia/your many interests? How do you handle the shift from one state to another?

Eilis: That’s a really interesting question. I think I try to avoid having to make that shift as often as possible as it can be uncomfortable and not always easy to switch. I’ve just learned to live in a kind of rainbow twilight world which is somewhere between totally immersive sensory overload, and forcing myself to shut off the hallucinations as best I can (not always possible to do). To relax, sometimes I will just lie on the couch, stick on a few favourite songs and just let myself zone out. Or, when I’m out walking and trying to develop ideas for songs or projects, I’ll allow myself to let the hallucinations take over for a while. The whole street will instantly be transformed into a jungle of colours. I have to be careful though to dial it down when crossing the road!

Leslie: As a person with an unusual viewpoint and experiences, what do you question most about present-day UK societal norms? How do you manage to ‘fit in’ yourself?

Eilis: It was certainly hard fitting in when I was growing up. I might not have understood that I was neurologically different, but I was aware that I was very different from other children. Part of that was moving from Hong Kong to Northern Ireland when I was six, which was a big enough culture shock, but I think it was hard because as a kid, your imagination is just running on overdrive, only my imagination spilled into my reality in ways I didn’t know how to articulate. No one would have believed me. Now, more people know about synaesthesia, which is great. I think we, as a society, are starting to appreciate more and more that ‘weirdness’ isn’t something to be ashamed of, or something which must be hidden, as it was when I was a kid. ‘Weird’ kids like me were treated like we were a liability, or mentally deficient. It’s taken me a long time to realise that the things which made me an embarrassment at school, are what can now help make me a valuable band member, researcher, writer or teacher. In general, I think we need to appreciate that values are placed on our identities from birth which are constructed, firstly by others, and then, as we grow, by ourselves in response to that. I spent so much of my life wondering how much more valuable I might be if I could only ‘fit in’ more, be more ‘normal’. It can be hard to have the courage to say, ‘I’m okay as I am.’ Now, in my mid-thirties, I’m finally starting to embrace the strangeness of my experience as something rare, and beautiful, and certainly something to be grateful for every single day.

Next week I interview novelist and academic Mehreen Ahmed about her stream of consciousness fiction, her five published novels, and the personal methods and experiences that underpin her Modernist writing.

PrevPreviousEILIS PHILLIPS AND THE JOYS OF SYNAESTHESIA, Part One
NextMEHREEN AHMED AND THE SINCERITY OF THE NARRATIVENext
On Key