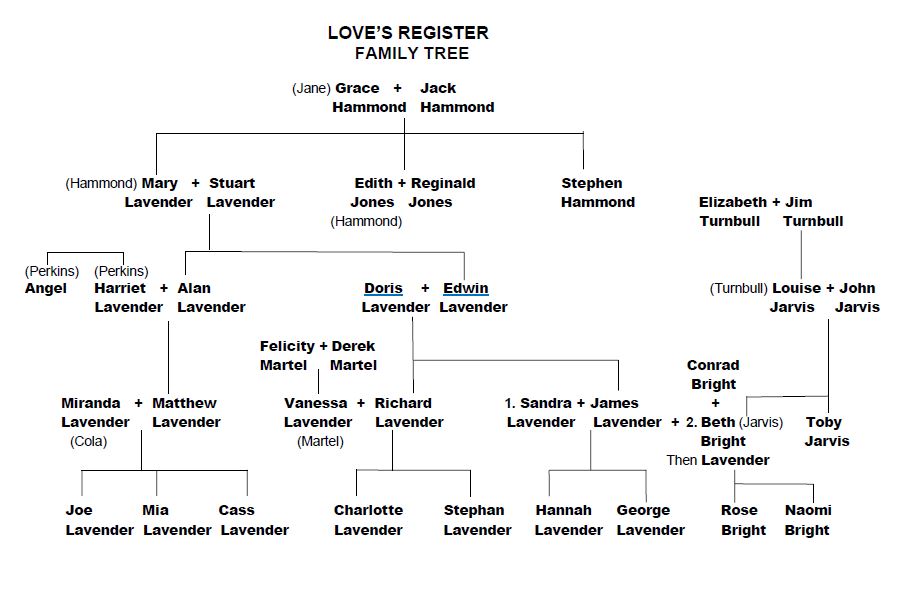 THE MAKING OF A NOVEL

For starters, it’s longer than three novels put together. And it’s full-on, exploring the love lives of four UK generations. It also covers the climate emergency and how it affects young people today. It’s ambitious, but very much about the characters.

Does that mean it’s a character-led book?

(Leslie smiles) Yes and no. Because it’s also driven by language and location. So I’ve given the characters their own voices, the language is literary but down-to-earth, and the scenes on N.E. beaches contrast with London and York. Taken together, they create mood, voice and incident.

In that case, why’s there a picture of Tahiti on the cover?

Ah, that’s about climate. The book’s last protagonist, Hereiti, comes from Tahiti. She’s a professor and a climate activist and gives a Ted-type Talk about Oceania going under.

Right, now we’ve got the general idea, can you tell us about how you approach writing a story like that?

(Leslie switches on the computer) Certainly. To begin with, I sit down at the screen and try out words. At first my mind’s blank and I have to resist the temptation to do something else or simply give up. But I know from experience that I have to keep trying – usually for hours. If I do any pre-planning it’s most likely to come from a random stimulus. By that I mean, for example, if I’m out walking and see someone or a place that connects with my past I might think “Ah, that’s the start of a story.” But when I get home if I try to ‘translate’ that into words I’ll end up with a long list of phrases, nothing else. To get anywhere I have to start writing and see what happens – which can be frustrating because the words can’t be given orders, and don’t necessarily come out the way you want.

But aren’t you in charge – I mean, don’t you steer the story as it develops?

Light-touch steering, I’d say.  With lots of turnarounds, backtracking and changes in direction. That way, what happens comes as a surprise to me and the reader, So it’s a kind of improv – but heavily doctored afterwards. It has to be plausible but significant – and take you to places you don’t normally go.

Sounds like hard work. But how do you know when you’ve hit gold and got the final version?

You never do – at least I don’t. A novel’s always in progress, but of course you do get a feeling of closure when it comes together. “Ah,” you say to yourself, “that’s how it gels!” Even then, the ‘rules’ of the novel aren’t fixed so it can be hard to know what fits, especially as anything ground-breaking is likely to sound strange at first.  So there’s a degree of necessary discomfort about any book that aims to be ‘new and original, not seen before’. That’s the dictionary definition, by the way, of the word novel!

Nice. Now, going back to Love’s Register, how have you linked the different people together?

They’re all part of the Lavender Family tree.

You mean it’s a family saga?

Well, it’s quite selective. So the storytellers are Joe, Mia and Cass plus Matthew Lavender and later, Richard Lavender, but also  Mary Hammond and Beth Jarvis.

So – my last attempt to pin you down – is it a character-based historical fiction?

(Leslie laughs) Not completely. Because it’s a modern psychological novel that focuses on individual scenes. What you get is more of a social portrait. We catch the family at key moments, skipping the boring parts in between.

OK, to end the interview, how about an extract?

Certainly. I’ll make it short. The story moves back and forth between voices. This is the last entry for the Lavender children, Joe, Mia and Cass:

Joe, Mia and Cass were in a quiz show.

“What makes the world go round?” asked Joe. He was the quiz master, dressed in joggers and a rainbow jacket. “You have three minutes to answer,” he added, placing an upended egg timer on the table. The sand began to run.

“Is it money?” asked Mia. She was wearing an animal-print tunic over black leggings.

“What do you think?”

“Well I know climate deniers can’t think of anything else. They’re culty, like Midas. And remember what happened to him.”

“I’m guessing money’s not the answer.”

“You want the science?” asked Cass, who was wearing a white lab coat.

“Yes, if we can. But remember, we’re on countdown.” Joe checked the timer. The sand in the bottom chamber was piling up. It seemed to be alive.

“OK. It’s about gravity,” Cass replied. “The Earth’s like an ice skater pulling in her arms to spin faster. That’s been going on a long time.”

“Ah, but is it spotting as it turns?” asked Joe.

“Gravity, you just hold me down so quietly,” sang Mia.

“The question remains open,” said Joe. “Any takers?” He took off his jacket to reveal his printed T-shirt. In the centre was an hourglass in a circle.

“Is it wishful thinking?” asked Mia.

“Good try. But you know what they say. Be careful what you wish for…”

“Got it! Everyone knows, LOVE makes the world go round,” said Mia

“That’s half the answer,” replied Joe. He checked the timer. In the top part, the sand had caved in. It was draining fast.

Mia pointed to the T-shirt. “You’re not thinking of the ten-year warning?”

Joe shook his head. “No. In any case the latest science says it could be much sooner.”

As Mia jazz-handed, the last few grains of sand trickled through. She looked from Joe to Cass. “Can we begin again?” she asked.

“But it could be difficult,” her sister added. She pointed to the timer. The bottom half was full and the top was empty. Realising the quiz was over Joe, Mia and Cass fell silent.

They were out of time.