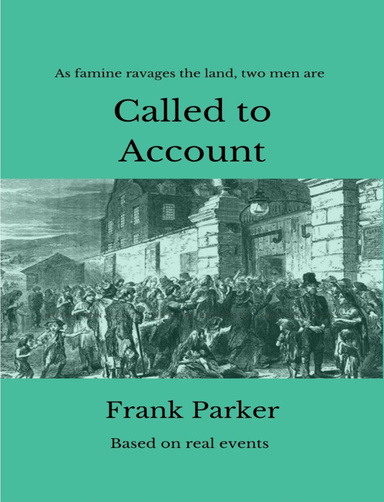 I asked TSL author Frank Parker about writing on the subject of Ireland and colonial history. Frank‘s latest book Called to Account is a historical novel based on the real life of Arthur Kennedy. Appointed Poor Law Inspector in Kilrush, County Clare, towards the end of 1847, Kennedy exposed the practice of mass evictions carried out by wealthy landlords.

Leslie: Tell us about the books you’ve written about Ireland. How did they begin, grow and develop? Did one book stand on the shoulders of the other ?

Frank: My first book, written over ten years ago, was based on some research a local man had done into the life of an ancestor who had emigrated from Ireland to America at the end of the nineteenth century ending up as a gold miner in the Klondike. So you could say that was about the Irish diaspora.

But it was an information board at a local heritage site that really sparked my interest in Irish history. It mentioned a man named Roger Mortimer as having a connection to the site. I grew up close to the Welsh border, so I associate that name with my native Herefordshire. I wanted to know what was the connection between my birth place and Ireland. It turns out that, when the Normans came to Ireland, 100 years after they conquered England, it was the Marcher Lords, the men entrusted with keeping the Welsh in their place, that formed the bulk of the force. Out of that research came my first serious look at Irish history, Strongbow’s Wife. 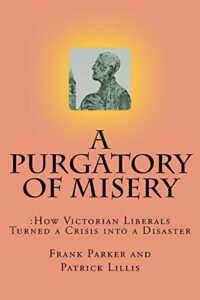 After that I left Irish history alone for a while. Until an acquaintance asked me to help him with a book he was planning about the famine years. Together we studied numerous sources as well as polemics by Irish authors. That led to two books: a factual summary of the historical, geographical and social factors that made the famine almost inevitable, A Purgatory of Misery; and the book that TSL published in 2020, a fiction based on the 30 months tenure of Arthur Kennedy as Poor Law Inspector in County Clare, Called to Account.

By the time those two were finished, it struck me that I have, right on my doorstep, the genesis of another formative period in Irish history, the Reformation, which was accompanied by another invasion, or ‘plantation’. That of Tudor adventurers taking over Irish lands. The family that still owns the Georgian house and Demesne to one side of the village, and once owned all the land hereabouts, are descended from one of those adventurers. That is my current project, a fiction based on his life.

Leslie: In your experience, whose point of view was the UK’s colonial history told from in schools? Why was it taught that way? What was missed out?

Frank: My experience of history in schools is very limited. Obviously I have no idea how it is taught today, or indeed how it was taught in, say, the 1980s or ’90s. My secondary education took place in the 1950s, in a small school where there weren’t the resources for individuals to study more than 8 subjects at ‘O’ level. So I was asked to choose between History and Art for the two years leading up to that exam. To me it was a ‘no-brainer’: spend hours learning dates and monarchs or learn a skill that required no study time. At that stage I think we had probably reached the end of the eighteenth century in a chronological study of English history. My impression of what I was taught between 65 and 70 years ago, is that the English brought civilisation to the rest of the world. The Empire may have been falling apart by then, but the books we had were mostly published before the war. We had those maps on which half, or more, of the world was coloured pink. The only horrors we heard about were things like the ‘Black Hole of Calcutta’, in which English men suffered. Nothing about the horrors the native Indians were subjected to.

Leslie: How do you go about researching hidden histories? What difficulties (within yourself as well as in the world out there) have you had to overcome to do it?

Frank: Like many of my generation, my knowledge of Irish history, or, more specifically, the relationship between England and Ireland, was shaped by the Northern Irish ‘troubles’ of 1968 – 1999. I had an instinctive sympathy for those who seemed to be the underdogs in the conflict: the Catholic minority who had suffered generations of discrimination by the Protestant majority – at least so far as the conventional narrative had it. Once I started reading about the long history of conquest and occupation, mostly in books by Irish men or women (there aren’t many by English historians writing about Irish history!), I got a completely different perspective.

Returning to that earlier point about an instinctive support for the underdog, what I read only confirmed my view that the Irish had been used and abused by the English. At the same time, I could see flaws in the anti-English rhetoric of some writers. It did seem to me that there were faults on both sides and that the motives of the English, though often based on misconceptions, were not always deliberately antagonistic.

Leslie: Tell us how you find and develop interesting, engaging characters in your writing. Who’s the best character to date you’ve committed to paper – why them?

Frank: That’s an interesting question. We like to think that the most interesting characters are those who shape history – men like Thomas Cromwell or his namesake Oliver Cromwell. The truth is that most of us are shaped by history. It’s the latter that interests me. Taking Strongbow’s Wife, for example, it was her father, her husband and, later, her father-in-law, who undoubtedly shaped the history of both Ireland and England. But she was shaped by her relationship with them. The same is true, to a lesser extent, with Arthur Kennedy, I have no doubt that his service in Ireland shaped him. But he went on to become a ‘shaper’, as governor of various territories, including Hong Kong, for which he was knighted.

The best character I’ve committed to paper? I think it would have to be the boy, Henry, in Summer Day. Not because there is so much of me in him, but because he embodies the innocence of a child who is mostly ignored by the adults around him – as so many children were in earlier times. Maybe they still are.

Leslie: What have you learned about yourself from being a writer and a researcher into colonial history? Did some of what you found out surprise, shock or change you?

Frank: Colonial history is a broad subject, embracing pretty much the whole of the modern world. Ireland may be regarded as a microcosm of that. Or not: I honestly don’t know. Although it might seem that the behaviour of colonialists the world over is mirrored in Irish history.

One thing I’ve learned about myself is that an early tendency to see history as a battle between good and evil was wide of the mark. I now know that, when it comes to conflict, including the present one in Ukraine, things are never as simple as they seem. Just taking the Irish famine for example: some Irish writers and politicians still hold the governments of Pitt and Russell as entirely responsible. The reality is that there were many different forces at work, forces that were beyond the control of politicians. It is certainly true that some saw the famine as an opportunity to rid the UK government of an intractable problem. That was not a widely held view however, and I don’t believe it played any significant part in policy formation.

Next week, Danish/English screenwriter Line Langebek talks about her work on a Finnish Childrens’ TV series and developing a feature film  with the British Film Institute.