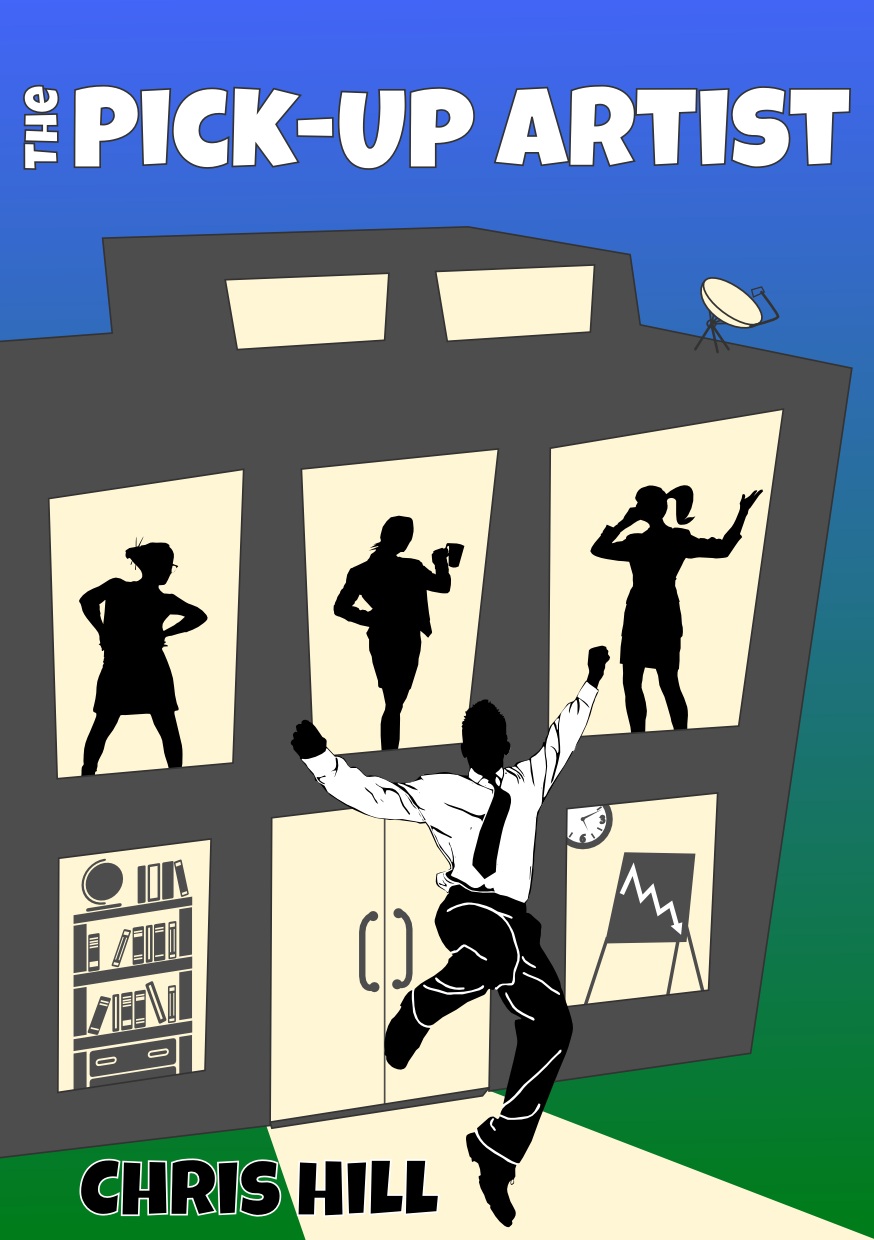 THE AUTHOR AS GOD OR PICK-UP ARTIST?

‘Often I can see the humour and the sadness in the same situation and, as a writer, I have sometimes taken a tale which was told to me as a comic story and recast it as a tragic one or vice versa.’

I talked to Chris Hill, a former crime reporter who now writes literary and comic fiction. I asked Chris about his career as a journalist. “People sometimes think,” he told me, “that because I was news editor of The Citizen in Gloucester during the Fred and Rose West murder case, I write thrillers. Funny enough, I’ve never had any desire to do so.” Chris now works for WellChild, a UK charity which helps seriously ill children. “It’s a job,” he said, “which I find very fulfilling.” Chris was the 2001 winner of the Bridport Short Story Prize, so I began the interview with questions about his literary interests and methods.

Leslie: Who are your literary influences and why?

Chris: I suppose my first love was American novelists from the late 20th century. So writers like Joseph Heller, Saul Bellow, Roth, Updike and Kurt Vonnegut. I found ‘Breakfast of Champions’ by Vonnegut in my local library aged about 11 and it made me want to be a writer. These were writers with big voices and a strong sense of style. I’ve spread my wings both as a reader and a writer since but that’s where I started.

Leslie: How do ideas for writing come to you? How do they change as you work on them?

Chris: I’d say my ideas evolve. They might start with my just wanting to explore a particular subject – for example, I won the Bridport Prize with a story called The Runner which just started as a meditation on what it feels like to run. My novels and stories develop as I work on them and rewrite them. I’m a big believer in rewriting.

Leslie: Do you work on one piece of writing or on several at a time?

Chris: I tend to do just one thing at a time as that’s a good incentive for me to finish it. If I worked on lots of things at once I suspect I would end up with lots of abandoned loose ends, though that does happen to me anyway with novels if I get a little way in to the process and decide there’s not enough there to make it worth pursuing.

Leslie: What happens when you rework a piece/book? Do you throw away some of what you do, or keep it to ‘recycle’ later?

Chris: I fool myself during rewrites by making a copy of the book or story and keeping that version to one side. Then I chop away at it, safe in the knowledge I can go back if I find my cuts have been too deep or my rewrites too cruel. It’s surprising how seldom I go back to what I had before.

Leslie: Where do the locations you use in your writing come from?

Chris: I like to set my books and stories in places that I know. My current book, a rom com called The Pick-Up Artist, is set in and around Cheltenham where I work and in a newspaper – I worked in that industry for more than 20 years. My first published novel, Song of the Sea God, is set on an island based on Walney Island off the coast of Cumbria where I was born and grew up.

Leslie: What important phases has your writing been through, and why?

Chris: I really believe you get better if you practise. I started off with scraps in school notebooks and now I can write novels which publishers accept and people pay to read. That’s an amazing thing to me and I don’t take it lightly. In terms of style, I’ve tried out a lot as a short story writer, I think that’s the point really. I had a sustained Raymond Carver phase as a short story writer and I think that improved my work generally, made it purer and more precise.

Leslie: Talking about Raymond Carver, do you have any thoughts on your relationship to ‘dirty realism’?

Chris: My view of all realism, dirty or otherwise, is that I’d like to try writing it sometime but I don’t think I’ve done so yet. I view writing as intrinsically artificial and I try to let enough of the real world in there for people to invest in what I’m saying and find it relatable. This is harder with something like Sea God where the world of the novel is balanced between the real and the supernatural. Some people have described Sea God as magic realism for that reason. Marquez is the go-to guy for fiction with that kind of mix – but I would argue it is a far older tradition and goes back to the roots of English literature. Beowulf for example, the oldest poem we have written in English, inhabited that world between the real and the supernatural – the setting is real enough, but then along come the monsters

Leslie: Which writing of yours do you think of as the most important and why? 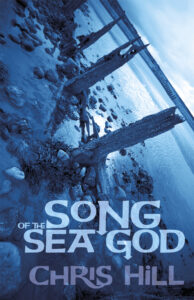 Chris: Song of the Sea God I suppose. The Pick-Up Artist is a romp and, though I did intend it to have some things to say about sexual politics, the way relationships work these days and so on, I was mainly hoping to amuse people. Funnily enough, lots of people seem to love it for just that reason. Sea God has its share of jokes but it is essentially more serious. The writing style is more literary and poetic and the subject – a man who wants to become a god – is one which allows us to take a look at the whole business of religion. It straddles a line between reality and some kind of supernatural world. I was never sure what to believe while I was writing it so I don’t expect the reader to know either. It’s been gratifying to see the way readers have responded to it – the essays and blog posts and reviews people have written. For me they have added to the richness of the story. Samuel Johnson said: ‘A writer only begins a book, a reader finishes it’. I have certainly found that to be true.

Leslie: I’d like to ask you a few more personal questions about your writing. Firstly, as I know you’re close to your family, how do they relate to your writing?

Chris: I’m married to Claire and we have two teenage sons. My family is very supportive of me in general terms but they are not particularly interested in my writing and haven’t read anything I’ve written. I find that refreshing as it means I don’t have to think about it too much or be ‘a writer’, I can just be me. I think they view it the same way they would if I had any other kind of hobby – if I was a fisherman for example and caught a big carp, had a picture of myself holding it on the front of Angler’s Monthly. They would be pleased for me and say ‘well done’ but it wouldn’t make them want to take up fishing. That’s how they see my books I suspect.

Leslie: Where did you learn your sense of humour? Does your humour have what they call in stand-up a ‘point of view’?

Chris: I think I learned how to write from what I read and that includes how to write things which make people laugh. I see it as very much tied up with the rest of the craft. I don’t think I could write anything which didn’t have some humour in it as it’s so much a part of life and human nature, even in dark times, perhaps especially then.

Leslie: What is that ‘point of view’ in your humour and throughout your writing?

Chris: I think it depends entirely on the book or story you are writing. I am very suspicious of books that set out to be comic first and novelistic second. If something is in the ‘humour’ section of a book shop I don’t hold out much hope for it as a novel. My books are novels first and the humour in them comes through the story, the situations, the characters, the tone of voice. It’s not bolted on any more than the pathos is – it’s part of the mix. There are all sorts of uses for humour in a novel – it can endear the reader to a character for example.

Leslie: I think of you as perfectly balanced between ‘optimism of the will, pessimism of the intellect’ and its opposite – which I’d describe as ’emotionally ultra laidback and intellectually little boyish’. Any comment?

Chris: There’s that famous quote, Horace Walpole I think, about life being a comedy to those who think and a tragedy to those who feel. I have always found myself balanced between those extremes. Often I can see the humour and the sadness in the same situation and, as a writer, I have sometimes taken a tale which was told to me as a comic story and recast it as a tragic one or vice versa.

PrevPreviousTHE PAST IS ANOTHER COUNTRY
NextCAN ART HEAL LIFE?Next
On Key