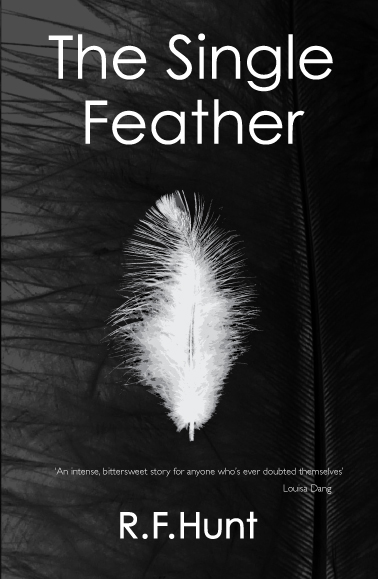 I interviewed Ruth F Hunt, disability advocate, journalist and novelist. Ruth is the author of a highly-successful first novel, The Single Feather, writes a column for The Morning Star and regularly exhibits her paintings.

Leslie: What has your life been like so far? How have your disabilities changed who you are?

Ruth: When I was 18 I was involved in a car accident, and even after the full extent of my injuries were revealed, I still didn’t comprehend just how much they were going to determine the rest of my life. My initial injuries were spinal cord damage, and below my waist, various broken bones, fractures, and crush injuries. A consequence of the spinal cord damage is incontinence of both bladder and bowel for which I use catheters amongst other things. It also means I can’t feel swathes of my body below my waist. The pain wasn’t too troublesome at first but as I’ve grown older, and general wear and tear has added to my injuries, it is more problematic, and I take Morphine for this.

When the accident happened I was already receiving psychiatric treatment, my diagnosis was Rapid Cycling Bipolar Affective Disorder. The ‘rapid-cycling’ bit means I can experience four mood changes a year (or even more). This first started to appear mid-teens, and is an illness that’s in my family.

When I first was disabled, I was keen to show family and friends, that nothing (bar the accident) had changed, despite what I really was feeling. I got my qualifications, and after working in welfare rights moved into a managerial position in a social services department. I’d got married, far too soon, and we owned our own home.

However, everything was not as it seemed to others and I was heading towards another crash. It started with my right leg. For ten years the doctors had been trying to save it. Multiple operations later and I was told it had to be amputated. I went back to work four days after the operation, but soon after I learnt of the death by suicide of one of my friends, so I took some time off. Meanwhile, my husband admitted he was homesick and wanted to go back to Holland. I was worried about getting work in Holland, so we agreed to separate. Everything I worked so hard to achieve felt as if it was imploding. I became physically ill, couldn’t keep food or tablets down, and got very thin. By the end of the year I was on a section 3 in psychiatric hospital. I was retired on ill health grounds by my work, and that meant I couldn’t pay my mortgage, and had to sell the house at a loss. My husband then asked for a divorce. I was still in hospital and would be for the next three and a half years. So, I had lost my leg, a close friend, my home, my job, my husband and my freedom, along with my confidence and self-esteem. I’d lost so much the hospital was nervous about discharging me.

It was incredibly hard when I left hospital. For the first time in a long time, I was living on my own. I found employers seemed keen until I told them about my time in hospital, which in my line of work I had to disclose. It seemed like too much of a struggle most days and I did think about giving up completely. However, unbeknown to me, I was slowly adjusting to this new-normal. I was beginning to accept my situation.

One day I picked up a paintbrush – something I hadn’t done for some time. After a while, I began to get the odd sale, and commission as well. I paint a lot of dog portraits, in watercolour and ink, which continue to be very popular, especially as gifts and around Christmas time.

By then I was also writing, and had a go at writing a book, but after 50,000 words I was floundering. I knew I needed tuition. I ditched this attempt at a book and looked around for courses. Everything seemed so expensive, with some courses costing thousands just to get to the first draft stage. Finally I spotted Writing Classes and at under £200 it was something I could about afford.

This was what saved my life, it felt like a key had unlocked my mind, and inside, like a Tardis, my world expanded. I could travel anywhere, move forwards or back in time, marvel at the rich and vibrant landscapes, all without leaving the house on dreary day. It wasn’t long before I had the beginnings of another idea, and this gave me a reason to get up each morning.

The idea became The Single Feather, and as a result of this book, I have returned to feature/article writing. The Single Feather opened doors, and like a miracle, a home has been found for my non-fiction work in a national newspaper.

Leslie: Do you experience disability as dividing line, or part of a common, shared humanity?

Ruth: I think we are all shaped by our experiences, and I’m no different. Being disabled has given me a desire to tell the stories of outsiders. My writing obsession is all about the characters, how do they react to each other? How do they change or not according to x or y circumstances?

I want to show readers unique perspectives, such as that of ‘Rachel’ or ‘Mike’ in The Single Feather, but also shine a torch that picks out the common features that bind us together as humans. I also believe that all writers have a responsibility to avoid stoking hatred/fear of other groups and show there is another way.

As I was writing The Single Feather I was particularly concerned by the divisions between older people and the younger disabled, when in reality these two groups have a lot in common. When I visit book groups, I write ‘disabled people’ and ‘older people’ down on paper, and talk about how labels can divide us, and make us fearful of each other. I then take my pen and cross out ‘disabled’ and cross out ‘older’, which simply leaves ‘people’. That’s what my fiction aims to do.

Leslie: Which authors and books have influenced you as a writer? What do you admire about them?

Ruth: I would name Kerry Hudson’s latest novel, Thirst, because of the working class voices in it, and her commitment to diversity. She recently won the ‘Prix Femina’ prize for this novel. We have so much fiction which is ‘samey’ – safe, apolitical, middle-class, heterosexual, often male, able-bodied and white – so it’s remarkably refreshing to read authors like Hudson.

The Single Feather was influenced by an old book called Mustn’t Grumble edited by Lois Keith, which I read soon after becoming disabled. All the women who’ve written the poems and prose in this book are all disabled. There’s a poem in it called Tomorrow I’m Going To Rewrite the English Language, which is by Lois Keith and is about accepting a disability, along with the realisation the world is very able-bodied. It describes how this has seeped into many words and phrases that refer to walking or standing – e.g. best foot forward, stand up and be counted. A Love Letter from a Stray Moon by Jay Griffiths was another influence, a beautiful sad story and a really good example of how to write about disability. Finally Hard Times by Tom Clark, which is nonfiction, gave me the authority to tackle the subjects in The Single Feather. I already felt that disabled people were being targeted in particular by this government – Hard Times explained why.

Leslie: What was the process of writing of your novel – its beginnings, growth and development – and what do you feel are its strengths?

Ruth: I’d love to be able to write how ordered and smooth a process it was, but that would be a big fat lie. It was protracted and very messy, despite my chapter plans, character profiles and story which I’d spent months carefully plotting. Thankfully, I was working with a developmental editor (Anne Hamilton) who could see the big picture, when I was lost in details.

At the redraft stage, the magic happened. The characters began to feel very real, and a story emerged that, although not vastly different from the one I’d plotted out, had much more depth. By redraft stage I was also growing in confidence in terms of my writing abilities, so that helped the process too.

Even though it was a long, drawn out process at times, I’d got a daily routine, and something to look forward to, when I woke up. My GP grew concerned because he hadn’t seen me for months, but instead of finding me struggling, he was astonished at how animated I was. 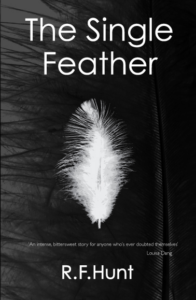 In the end the Edinburgh based, Pilrig Press, an independent publisher took it on. It was released in February 2015, and in that year, the book took me all the way to the BBC. The reception has been all I could ever wish for, and includes The Morning Star naming it as one if their ‘stand-out’ novels of 2015. I’d some wonderful feedback from readers, who’ve felt very passionate about the various characters in the novel. I even had some people send me cards, where they’d recreated the front cover, which made me quite tearful, in a good way, of course!